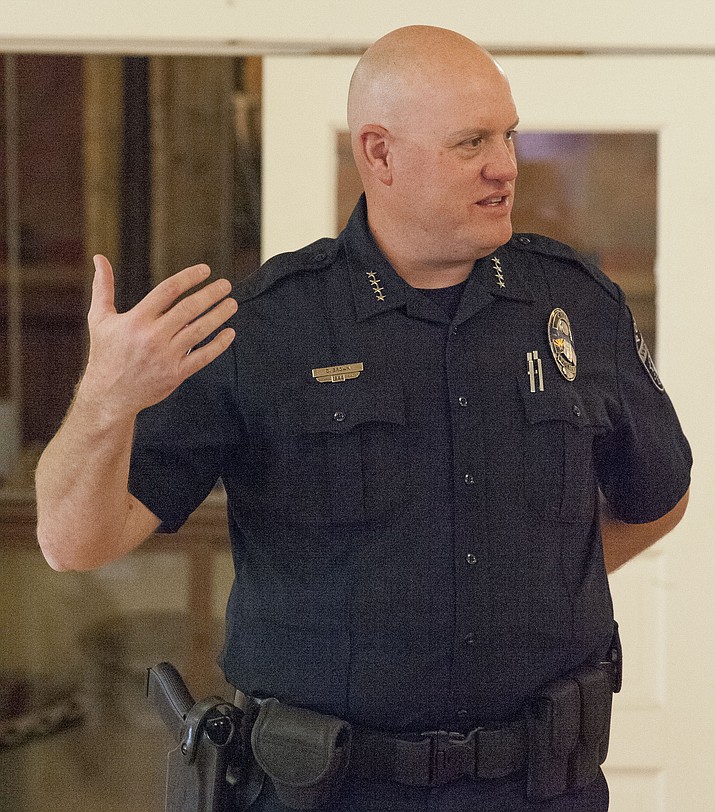 Winslow Police Chief Daniel Brown provided information on recent initiatives and improvements. Brown said the department is organizing a Citizen Liaison Committee, which will be comprised of citizens, city officials and police individuals to bring information and transparency of Winslow’s police activities.

Nine new police vehicles are slated to be in service in October. The vehicles include an animal control truck and a K-9 patrol car. Two officers will be trained to work effectively with a new police dog.

In an effort to curb substance abuse, building owners in problem areas are being required to make their property less hospitable for drug dealing and loitering.

Next year, a citizen volunteer group will be formed to aid in various traffic control functions during events, which will free up patrol officers to concentrate on criminal activities.