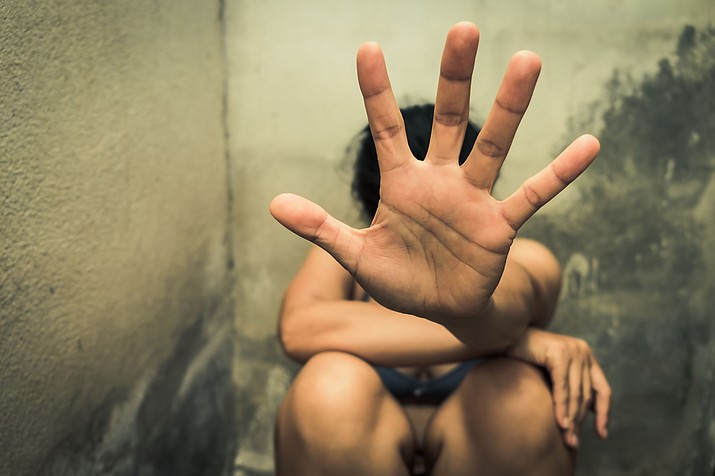 A new Navajo Nation Law against human trafficking was signed Aug. 7 by the Nation.

WASHINGTON — Sex-trafficking in Indian Country is a significant problem, with tribal women and children suffering at higher rates than the general population, a panel of experts and activists told a Senate committee Sept. 27.

Witnesses told the Senate Indian Affairs Committee tribes experience risk factors that can lead to victimization more often than other groups, and tribal women and children are targeted by traffickers for their exotic beauty.

“All too often they are kidnapped, sold and transported to remote places like Asia and the Middle East,” said Cindy McCain, co-chair of the Arizona Governor’s Human Trafficking Council, in a prepared testimony.

“You may be asking yourself, what happens to these girls?” she said. “Sadly, they are treated as disposable. They disappear at the hands of these despicable traffickers.”

But witnesses said tribes themselves may not have the authority to prosecute the crimes and the federal agencies with jurisdiction do not communicate well and do not collect data that would help define the problem.

“The federal government could be doing more now to help Native victims who are slipping through the cracks,” said Sen. Tom Udall, D-New Mexico.

The hearing addressed Government Accountability Office (GAO) reports from March and July that cited problems with tracking and prosecuting trafficking of Native Americans and with assisting those who are victimized.

The reports said the problems spanned a number of agencies, including the departments of Justice, Homeland Security, Health and Human Services and Interior — specifically the Bureau of Indian Affairs.

The GAO found major variances between numbers of human-trafficking cases in the general population and the number among tribes, but it also said the figures likely do not represent the total number of human trafficking-related cases in Indian Country.

There is a significant lack of data about tribal human-trafficking, which the GAO blamed on underreporting of cases by the agencies, as well as lack of reporting by the victims themselves.

Of the four federal agencies that handle human-trafficking cases, only one records the race or ethnicity of the victim, the GAO said. It noted, for example, that the FBI only collects information that is necessary for an investigation, and race or Native American status does not fit in that category.

This is one of the major reasons the total number of federal human trafficking investigations and prosecutions that involved Native American victims is unknown, according to the GAO.

Law enforcement agencies reported other factors that could result in more trafficking other than just what is being reported. Some said victims hesitate to come forward because of fear, distrust of law enforcement, trauma, drug addiction or being underaged, while others pointed to the presence of casinos on tribal lands, which may be used as a venue for sex trafficking.

“I witnessed with my own eyes six little girls lined up against a wall in a casino outside of Phoenix on display for customers,” McCain said. When she called hotel security, she said, they were not sure what to do with the girls.

“I have found that Native Americans are largely overlooked as victims,” she said.

Sen. Jon Tester, D-Montana, worried about the lack of punishment for traffickers – a problem that Nicole Matthews of the Minnesota Indian Women’s Sexual Assault Coalition attributed in part of the lack of tribal jurisdiction. Too often, she said, women are trafficked on tribal lands to non-tribal buyers.

“We need increased accountability for buyers and sellers and increased safety for American Indian and Alaska Native victims of sex trafficking,” said Matthews, a member of the Ojibwe tribe. “Nearly all of the women (she interviewed) spoke of women they knew who had been taken by pimps and traffickers, and never heard from again.”

Sen. Al Franken, D-Minnesota, agreed that because a lot of the customers are not Indian, it’s important to give tribal law enforcement more authority to prosecute offenders, including those who are not tribal members.

Both the GAO and panel members like McCain say additional training and funding, as well as more extensive reporting of the cases, is the best place to start addressing the problems.

After the hearing, McCain said that miscommunication between federal agencies and Indian Country about trafficking is pretty much standard. But she hasn’t lost hope quite yet.

“We just have to work together and have better communication amongst the people working on this issue,” she said.