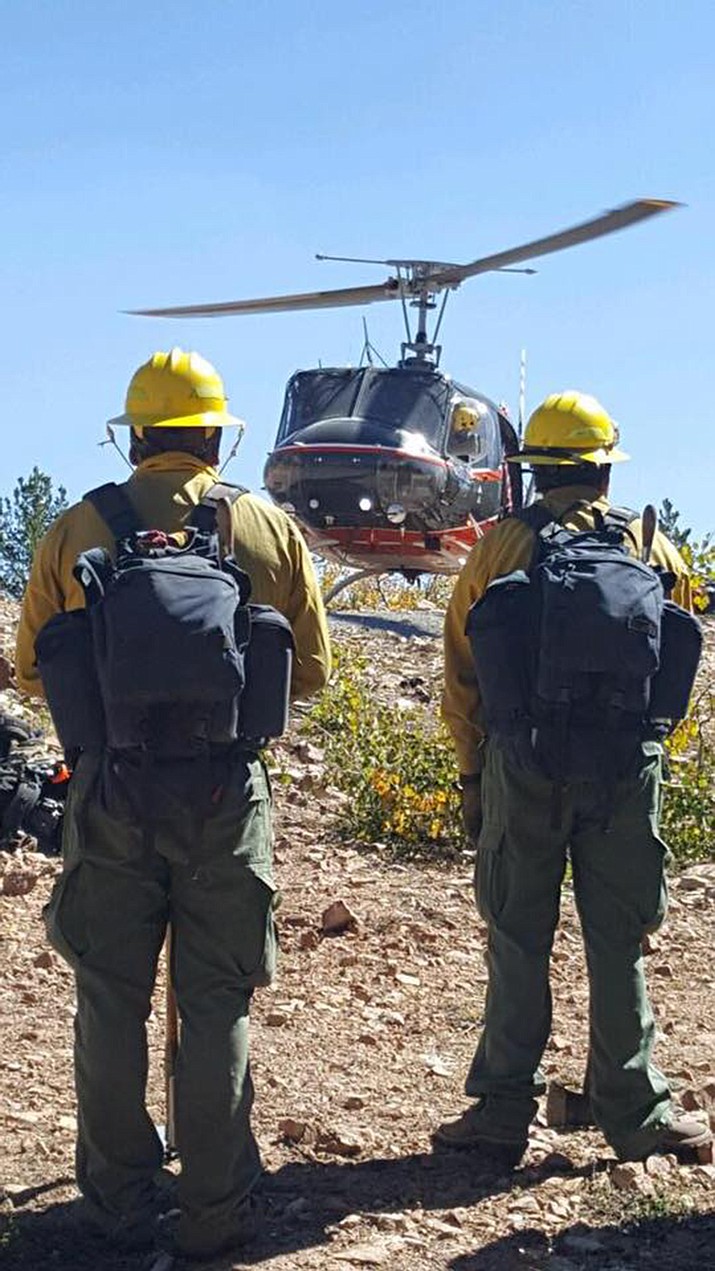 Fire crews continue to work to put out the fire in the area of Navajo Mountain and Horse Canyon. Submitted photo

Resources currently on the scene are the Navajo Scouts, Fire Cache employees, a T2 helicopter, two air attack planes, a safety officer and wilderness medic. The Zuni Hotshot crew was released Sept. 25. The Navajo Scout crew will be released within the next two days as fire activity diminishes.

“The Office of the President and Vice President extends great thanks and appreciation to all firefighters, hotshot crews, scout crews, Navajo Nation Rangers and all other resources who are putting effort toward fighting the Navajo Mountain 1 Fire,” said President Russell Begaye.

In working to contain the fire, the Type 2 helicopters are primarily being used to transport crew and retrieving camp gear and equipment. Fuels at the bottom of Horse Canyon continue to smolder with minimal to no growth or fire activity.

Currently, there are no resources at the bottom of the canyon. All resources are focusing their efforts on the top ridges.

Crews will continue to monitor the fire line on the eastern ridge and fireproof the radio tower site by creating defensible space. The terrain is very steep and rocky.

The personnel on the fire are being encouraged to remain diligent about situational awareness to reduce the risk of injury.

“We appreciate the diligence put forth in updating our people and the boots on the ground forces that are making a difference in containing the fire. Thank you,” said Vice President Jonathan Nez.