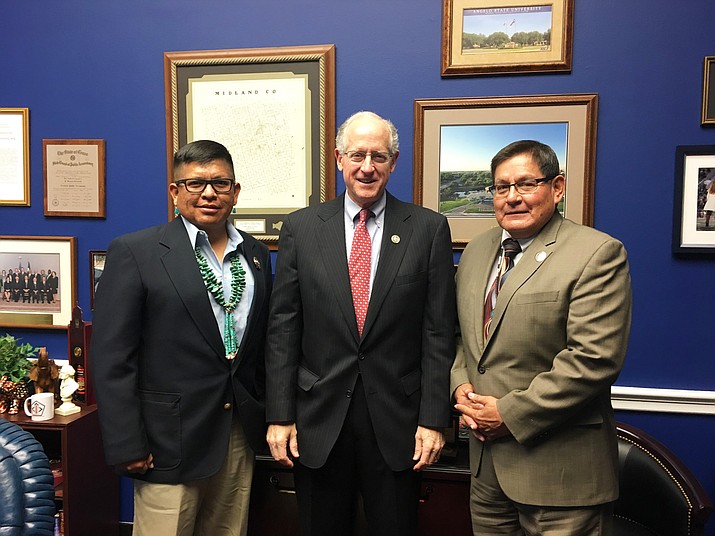 The funding would go toward the completion of Block 9 of the Navajo Indian Irrigation Project (NIIP) with money that is obligated under Public Law 87-483, which was passed by Congress in 1962.

Council members informed numerous congressional leaders and federal officials that the Navajo Nation’s top priority is to complete Block 9, in addition to securing more federal funding for operations and maintenance costs to maintain and improve the NIIP’s infrastructure.

The federal government is obligated through Public Law 87-483, to completing Block 9 that consists of nearly 10,000-acres and to provide operation and maintenance funding each year through the Bureau of Indian Affairs (BIA). However, federal funding has decreased from approximately $24 million annually to a current low of $3.3 million.

Navajo Nation leaders told the officials that the NAPI enterprise is not able to reach its full capacity in terms of revenue, production, and job creation due to the funding deficiencies.

In April, the Navajo Nation Council’s Naabik’iyátí’ Committee approved legislation that created the NIIP Negotiation Subcommittee for the purpose of negotiating an MOA with the federal government regarding the funding and completion of the NIIP, to advocate for operations and maintenance funding, and other funding through the Water Infrastructure Improvements for the Nation Act.

In April, subcommittee members visited the NIIP to see firsthand the deteriorating infrastructure, including the main water canal.

“The purpose of the visits with congressional members and staff was to provide firsthand knowledge in order to help us move the initiatives of NAPI forward,” Bates said.

Haskie estimates that it will cost NAPI approximately $3 million to fix a 1,000-foot portion of the water canal, which should be paid for by the BIA with federal funding in accordance with Public Law 87-483. He also noted that NAPI is assuming the responsibility of maintaining the roads within the 80,000-acre farm, which is also the BIA’s obligation.

Although NAPI is spending millions of dollars each year on operations and maintenance costs, the enterprise continues to advance further development including a new 120-acre field that will be used to grow and produce organic products such as melons, onions, and squash.

NAPI officials said they plan to market their organic products on the open market and would also like to partner with local schools and grocery stores to make their products available to students and local community members.

At the conclusion of the tour, the subcommittee members and NAPI officials said they look forward to meeting and working together to pursue the completion of Block 9 and to increase federal funding for operations and maintenance expenses. The subcommittee is tentatively scheduled to meet again in May.