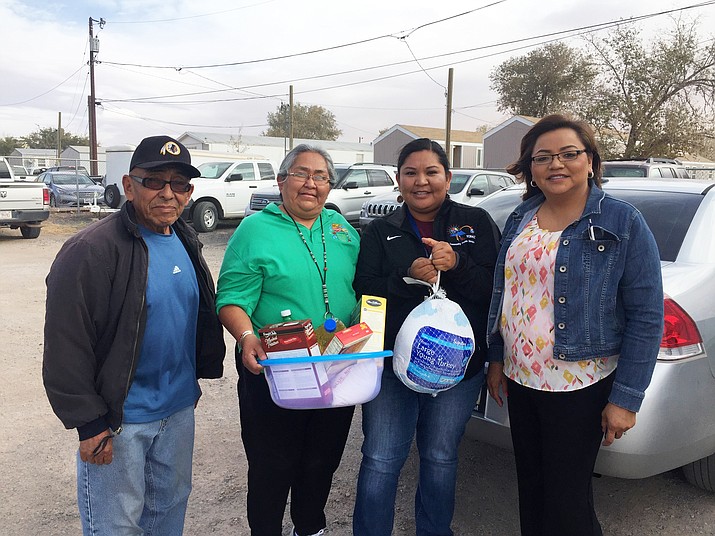 The names were given in coordination with Orson Bigman, head bus driver and Arnold Begay, acting transportation coordinator, who took the name of one family on each of the 13 regular bus routes. The names were then put into a hat and five names were drawn at random.

The staff delivered a meal, including a whole turkey, yams, stuffing, gravy mix, cranberries, a bag of potatoes, a bag of Bluebird flour and soda all in the name of giving back to community members whose children and grandchildren ride their busses five days a week to the six TCUSD schools.

The staff packed up the meals in the department office after the names were selected and then deliver the meals.