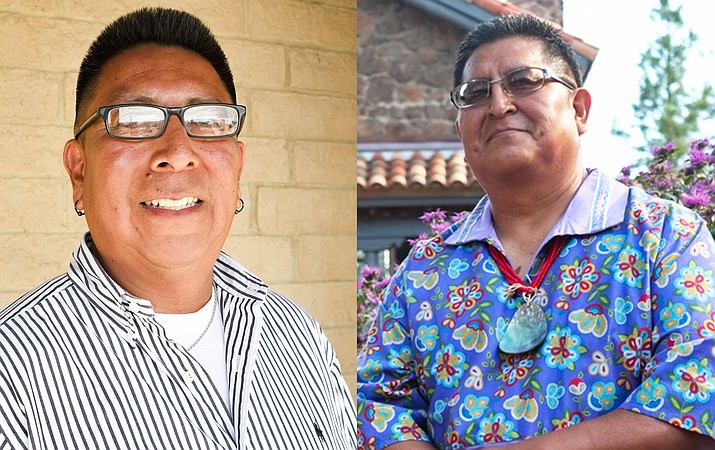 Timothy Nuvangyaoma and Clark Tenakhongva lead in the Nov. 9 election for chairman and vice chairman of the Hopi Tribe.

The unofficial results of the election by the Hopi Elections Office reported 1,622 Hopi voters turned out at the polls Nov. 9. Official election results will be available Nov. 17.

Nuvangyaoma and Tenakhongva are both former DJs at KUYI Hopi Radio.

Nuvangyaoma’s platform has centered around village sovereignty and community involvement as well as addressing substance and alcohol abuse in the tribe.

Nuvangyaoma has said he opposes having a coal based economy for the tribe and said coal has caused damage to the Hopi aquifer and environment. He said mining is not sustainable and Hopi needs a sustainable economy.

During an Oct. 11 debate, Nuvangyaoma said the next chairman needs to come in with an open mind while listening to the community and staff.

Additionally, in September, Nuvangyaoma said the election is a decision by the people.

“They (Hopi/Tewa people) are electing somebody here. This is who they are choosing to put into the tribal government to lead them in a positive direction. Their voices need to be heard. They need to be part of our tribal government also. They deserve the right to know what’s going on within our tribal government,” he said. “I want them to know that this is their choice. They are voting somebody in. Don’t be manipulated by somebody else’s decision. Vote from your heart and look at who’s going to do something for you. Who’s going to do something for the future of our kids.”

Tenakhongva, who is retired from the Veteran’s Administration, has campaigned for finding alternative revenue sources for the tribe and said he does not support the coal industry. Other priorities for Tenakhongva include language and culture preservation and education reform. He has also said the tribe should be more transparent in order for the Hopi people to be informed and involved.

According to the Hopi Elections Office, election results become official Nov. 17 as long as there are no challenges to the elections between now and the end of the day Nov. 16. The new chairman and vice chairman will take the Oath of Office Dec. 1, 2017, in time for the beginning of the first quarter for the Hopi Tribe’s new fiscal year.