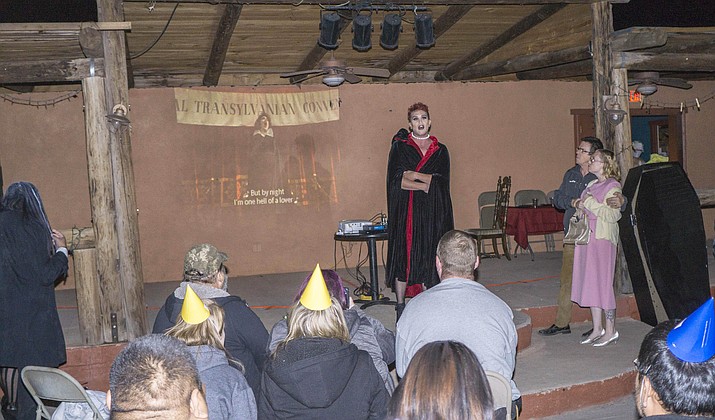 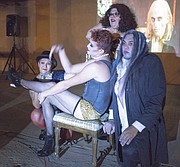 On Oct. 27, audiences participated in a showing of the Rocky Horror Picture Show at PT’s Bar in Winslow. The production was held following a Halloween party and a fundraiser for St Vincent DePaul. More than 110 revelers packed PT’s patio. A license to produce the Rocky Horror Mystery Show singalong movie was acquired by the Winslow Art Council. PT’s Bar patio hosted the movie and each person admitted was charged $5 or five cans of food. Along with the movie being shown, local participants dressed as the actors onscreen, performed in front of the audience. Portions of the movie had the audience singing and dancing along with the story line.