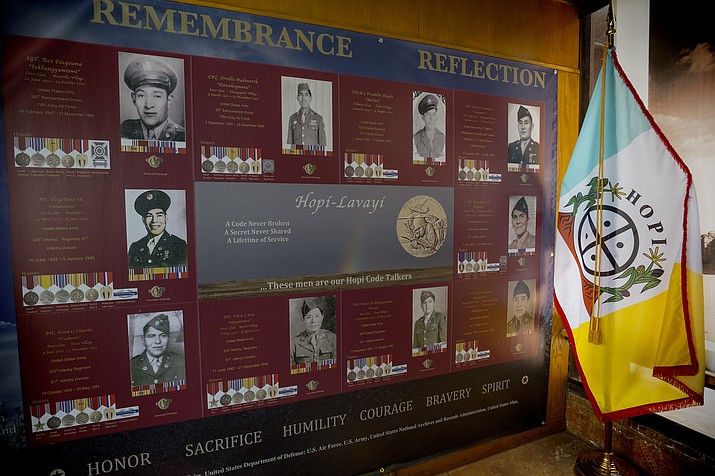 The Homolovi event was opened by Dr. Dawn Collins, chief of resources for Arizona State Parks.

The Hopi Code Talker presentation, given by Park Ranger Ken Evans II, was held at Homolovi State Park. This particular park is sustained by the cooperation and support of the Hopi Tribe and the city of Winslow.

Leigh Kuwanwisiwma, director of the Hopi Cultural Preservation Office, was in attendance and gave the opening Hopi prayer.

Evans pointed out that Hopis also served as Code Talkers during WWII. Ten of them were recognized March 25 at Homolovi State Park.

One of the reasons Hopi Code Talkers are relatively unknown is because Hopis do not usually speak about the dead. Their traditions say that the spirits of the dead are disturbed from peaceful rest when the living talk about them.