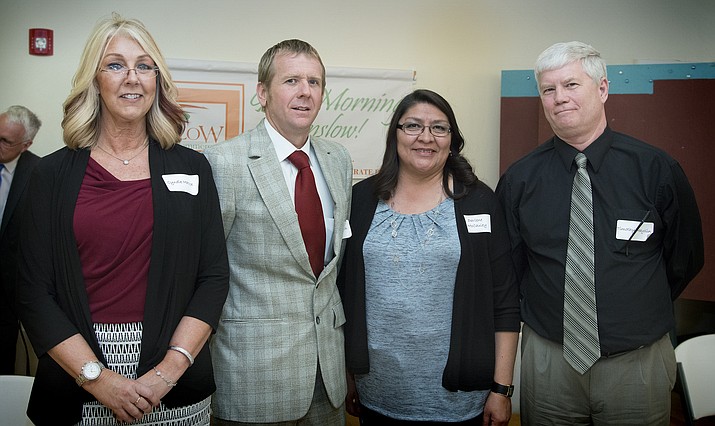 Four candidates vied for the position before the public March 6 at the Winslow Visitor’s Center.

Each candidate was introduced by Dr. Nicholas Clement, who moderated the selection process outlined in the Arizona State Education rules. Each person was allowed three minutes to introduce themselves to the standing room attendees. Each candidate was then asked by Clement how they would improve district communications with residents and parents. At that point, candidates and attendees were free to enjoy food, refreshments and talk to one on one.