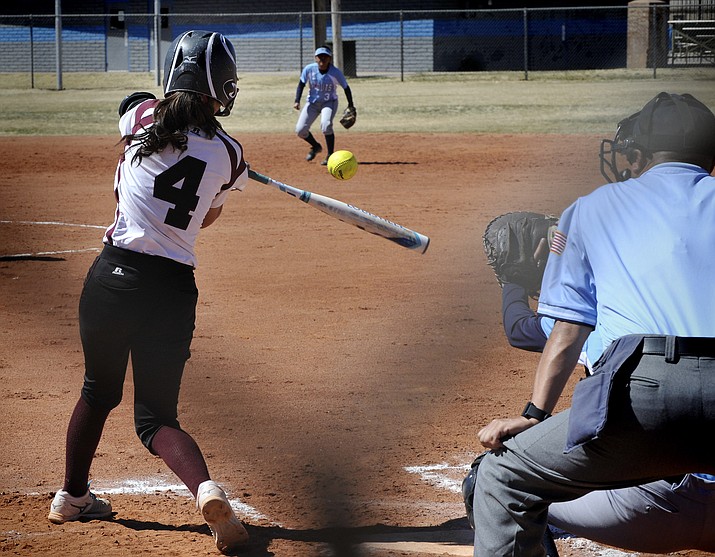 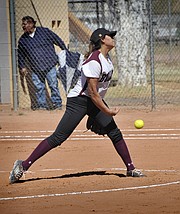 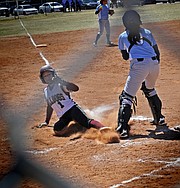 WINSLOW, Ariz. — The Winslow High School baseball and softball teams have been active and successful recently. Both teams have won most of their recent contests. The girls most recently played in a tournament at Goodyear.

The Winslow Lady Bulldogs defeated the Window Rock Lady Scouts 9-3 in Winslow March 14. The win improved Winslow’s record to 5-1 for the season. The team then went to Goodyear where they defeated the Estrella Foothills Lady Wolves 13-1 and lost to the Safford Lady Bulldogs 4-1 on Thursday and defeated the Fountain Hills Lady Falcons 16-1 and edged Apache Junction 5-3 on Friday. The results left Winslow with a 5-3 record for the season.

In the win over Window Rock Justine Butterfield got the win limiting the Lady Scouts to three runs, only one of which was earned, on seven hits. She fanned 11 and did not walk a batter. Harleigh Scott was three for three, Tera Wilson was three for four. Gabrielle Gonzalez and Sierra Wilcox were two for four. Brooke Williams was one for one. Alona Padilla was one for two. Arianna Quinonez was one for three. Alyssa Barton and Butterfield were one for four. Gonzalez, Wilson and Williams all had doubles.

In the 13-1 win over Estrella Foothills Jordyn Johnson got the win giving up just one run on five hits and three walks in six innings of work. The Lady Bulldogs cracked out 12 hits. Scott was two for three. Gonzalez, Morgan Thomas and Wilcox were two for four. Alicia O’Haco was one for two. Johnson was one for four. Gonzalez had a home run and Johnson had a double.

In the 4-1 loss to Safford Sherreise Beaty took the loss giving up four runs, only one of which was earned on five hits and three walks. Winslow only had three hits, a double by Scott and single by Tera Wilson and Wilcox. Wilson and Scott were one for two and Wilcox was one for three.

No scoresheet was available for the 5-3 win over Apache Junction.

The Lady Bulldogs were to host Mingus March 21 and will host Snowflake on Thursday. They play Coconino in Flagstaff on Saturday and Blue Ridge in Pinetop on Tuesday.

In the boys’ games the Bulldogs defeated the Red Rock Scorpions 12-4 at Winslow March 10 and Window Rock Scouts 14-0 March 14. The wins left the Bulldogs with a 5-2-1 record for the season.

In the 12-4 win over Red Rock the Bulldogs scored a run in the first inning and two in the second only to see the Scorpions come back to tie the score 3-3 in the top of the third inning. The Bulldogs struck for three in the bottom of the third and four in the bottom of the fourth for a comfortable 10-3 lead. Jacob Guerrero and Ricardo Villanueva worked on the mound for the Bulldogs. Winslow cracked out 12 hits to just eight for the Scorpions. Brennan Sawyer and Al Huerta were two for two and Russell Foy was one for one for perfect days at the plate. Daniel Vizcaya were two for three. K. C. Clay was two for four. Alec Williams was one for three. Jalen Lyons and Villanueva were one for four. Vizcaya had a home run and a double. Clay and Huerta had doubles.

In the 14-0 win over Window Rock, three Bulldog pitchers worked the shutout, Jalen Lyons, Zach Hartnett and Alec Williams. The Bulldogs had 10 hits Brennan Sawyer was two for two. Hartnett, Foy and Nick Marquez were one for one. Clay and Williams were one for three.Lyons was one for four. Lyons, Clay and Vizcaya had doubles.

The Bulldogs were slated to host the Chinle Wildcats March 17 and the Show Low Cougars March 21. They will host the Snowflake Lobos on Thursday and meet the Blue Ridge Yellowjackets in Pinetop March 28.