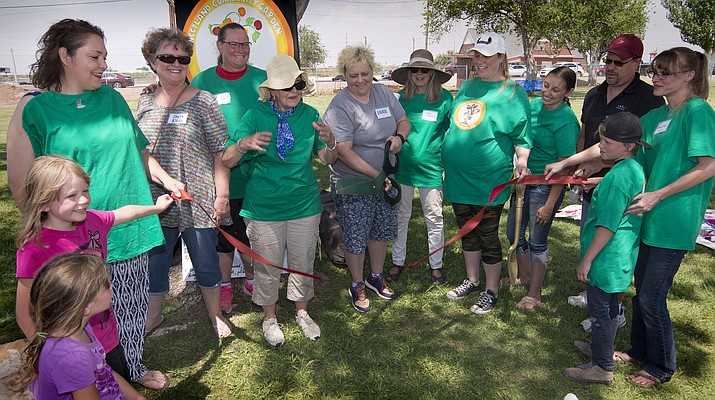 Sample of future garden boxes to be used in the Winslow Community Garden. The ribbon cutting ceremony for the community garden took place June 24.

The garden is an outreach initiative of the Navajo County Public Health Department, which is overseen by Alison Hephner. Hephner introduced the community garden to Winslow during a Jan. 4 Good Morning Winslow mixer.

Individual membership to the community garden costs $35 a year and allows members access to the garden area and growing references.

Winslow’s Garden is one acre, fenced and uses with city water. The garden space is rented from the city. Plants are in special boxes above the ground with various sun modifiers and covering for frost in winter.