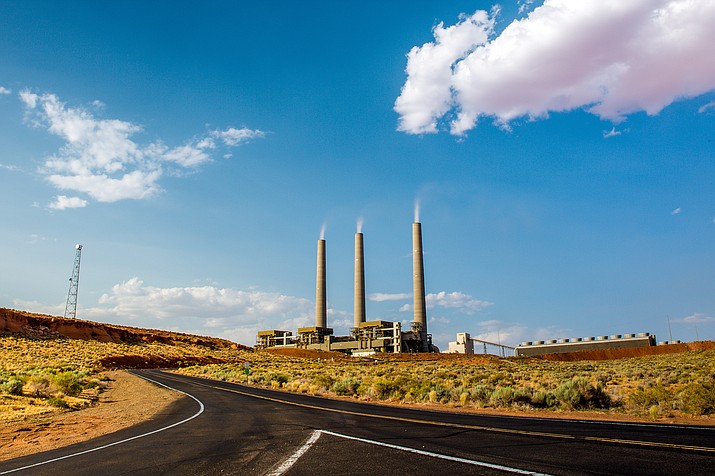 When I was growing up on Black Mesa, the land was rich with grass and natural springs, fed by ancient waters of the Navajo Aquifer. In a stark land that gets fewer than 10 inches of rainfall a year, we still had enough to live as our ancestors had for generations, planting and dry farming corn from seeds grown for centuries and relying mainly on rainfall and late summertime monsoons.

Today is a different story. The springs don’t run any longer. They have dried up as the N-Aquifer has been sucked dry to supply Peabody Energy’s Kayenta coal mine. The grass is short and dry, and there is little coverage. Our sheep are thin, and we can no longer count on now unpredictable weather that once reliably brought our corn to harvest.

The culprit behind this damage is coal — mined from Black Mesa for the past 45 years and then burned in the largest coal-burning power plant in the West, Navajo Generating Station (NGS) — which in a sad irony was built on Navajo land to pump life-giving water to the rest of Arizona.

Coal is going away now, the owners of NGS having decided that burning it to generate electricity can no longer make them money. They have presented the Navajo Nation tribal council with a deal that would keep the plant open until the end of 2019. If council delegates sign the agreement, the tribe will get to keep jobs and revenue from the plant and mine for another two years. But they will make costly concessions in the process, for example, waiving the right to oversee decommissioning of NGS and the ability to hold SRP (Salt River Project) and the other owners accountable for their cleanup.

If they don’t agree, the owners will close the plant this summer in order to decommission NGS by the end of 2019. In doing so, however, they would still be on the hook for substantial cleanup liabilities. Make no mistake, this is the end game for SRP. They will not be operating NGS any longer, no matter what happens with the agreement, but their real goal is being able to walk away free and clear of any responsibility to the Navajo.

The negotiations over this deal, for all intents and purposes, are a game of chicken between SRP and the tribal council — with the Navajo people caught in the middle. We shouldn’t flinch first.

Like me, there are thousands of Navajo who will not be sad to see NGS and coal go away. For the few hundred families who have been able to make a decent living from jobs at the plant and mine, we are grateful. For the rest of us, the plant and the mine have been far more curse than blessing.

What has a half century of being tied to coal gotten the Navajo?

Some of the highest unemployment in the country. Thousands of homes still, to this day, without electricity. Increased rates of asthma, cancer and other pollution-related diseases. Depletion of our life-giving water and a $250 million burden to clean up toxic coal ash waste at the plant. This is the true legacy of NGS.

We are not opposed to extending the life of NGS for two more years to help smooth the transition to closure for those whose livelihoods will be affected. But the tribal council under no circumstances should agree to give up what the utilities are asking. Signing the agreement in its current form means squandering the tribe’s leverage for cleaning up the plant and assisting workers. It jeopardizes our ability to finally secure permanent rights to water that rightfully belongs to the Navajo. It will be just one more chapter in the exploitation of the Navajo by greedy outside interests.

The tribal council must renegotiate the agreement and hold SRP and the other owners responsible for repaying all they’ve taken from the Navajo. If they reject that idea and close the plant this summer, so be it. We will hold them fully responsible for righting the wrongs and economic sacrifices the Navajo people have made for the past half century in the name of providing electricity and water to millions of people in the Southwest.

The Navajo Nation desperately needs visionary leadership, and that starts with making this agreement far stronger than it is. When we have guarantees for an agreement that truly benefits the Navajo, then we can begin the hard work of transitioning to a clean energy economy that will provide revenue, jobs and security to Navajo families for generations to come, not just a few more years.

Nicole Horseherder is a lifetime resident of Black Mesa, where she is raising her four children and works as a farmer and water advocate. She received a bachelor’s degree in Family and Consumer Resources from University of Arizona, and a master’s degree in linguistics from the University of British Columbia, Vancouver, Canada.