Irving Billy passes away at age 77 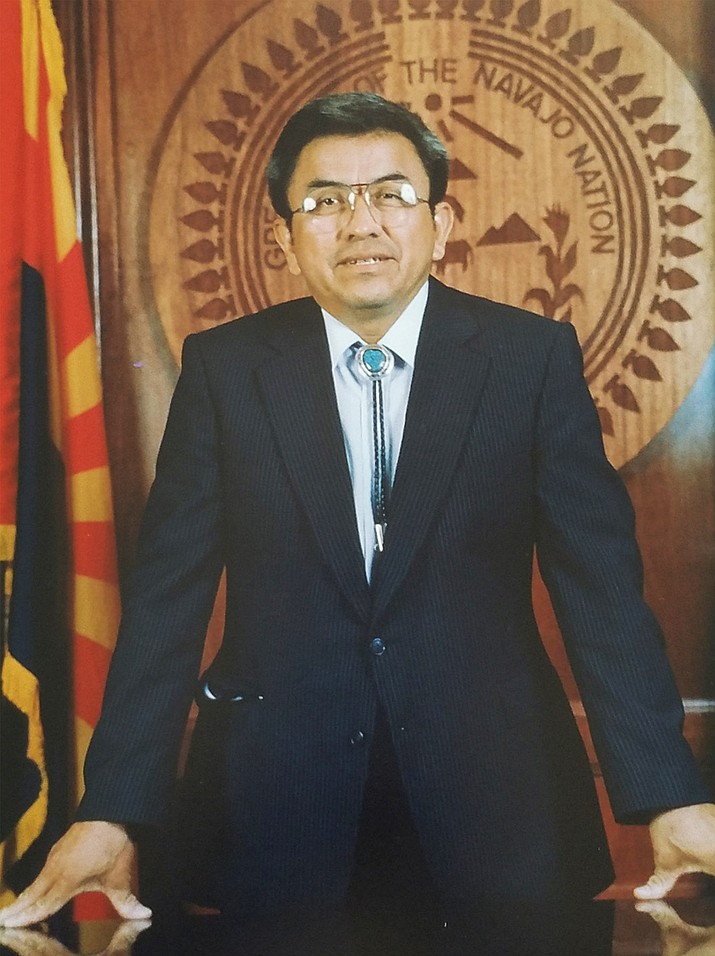 Irving Marcus Billy served as interim vice president of the Navajo Nation from 1989-1991. He passed away June 2. Submitted photo

WINDOW ROCK, Ariz. — The Navajo Nation executive and legislative branches expressed their condolences to the family and loved ones of former council delegate and interim chairman of the Navajo Nation, Irwin Billy, who passed away June 2 in Tuba City.

Begaye said Billy did a great job as interim vice president during the Leonard Haskie administration from 1989 to 1991.

“We know this to be a tumultuous era of the Navajo Nation government, when the council put former chairman Peter MacDonald on leave due to his facing federal charges,” Begaye said. “After council deliberated long and hard, they decided to have Leonard Haskie serve as president and Irvin Billy serve as vice president. Billy rose to the occasion without any hesitation as a true leader should. He will be remembered for this.”

Nez said that Billy had a great history of serving in politics and that before becoming vice president, he served as a council delegate representing the Tuba City Chapter.

“Prior to becoming a delegate, he was the Bureau of Indian Affairs (BIA) regional director for the Western Agency, where he worked closely with BIA Director of the Navajo Region Donald Dodge. The Nation mourns the loss of Irving Billy,” Nez said.

Former Navajo Nation Chairman, President and current Liaison for the Begaye-Nez Administration, Peterson Zah was close to Billy both through political position and biological relationship. Zah said when Billy was selected by council to serve as interim vice president, Billy sought Zah’s advice as to accept or not.

“During this time of great turmoil within the Nation Nation government, it was hard to find somebody to serve,” Zah said. “Emotions ran high as did political tensions. No one was willing to volunteer to serve in these positions. Billy was able to view the situation in a comprehensive manner where he saw that tribal infighting carried over to federal agencies. He saw the need for everyone to work together. He was willing, able and capable to serve. He loved the Navajo people and was dedicated to improving relationships.”

Billy is survived by four children, Kerwin Billy, Everett Billy, Deanne Price and Delaine Billy. He has 19 grandchildren and 12 great-grandchildren. He has two sisters, Elouise Baloo of Holbrook and Regina Keetso of Tuba City. He is preceded in death by his wife, Cecelia Billy, parents, John and Mary Billy, his sister Genevieve Tsosie and grandchildren Muriel Billy and Kerwin Billy Jr.

The Office of the President and Vice President extends their sincerest condolences to the Billy family and asks the Navajo Nation to unite in prayer for the loss of the former vice president.