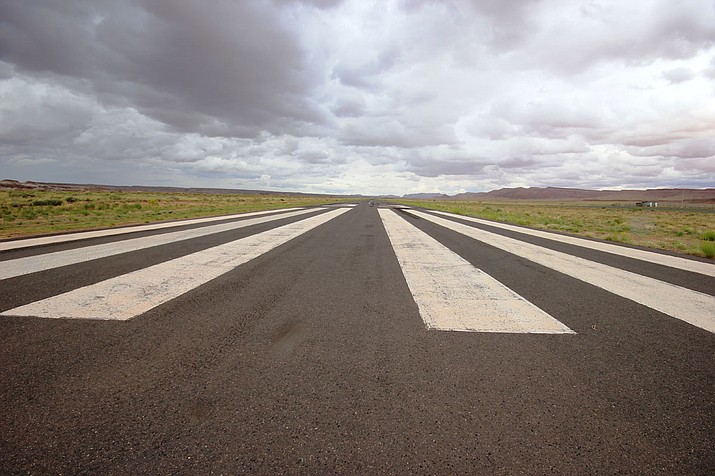 Tuba City Airport features one paved runway, it is one of the existing Navajo Nation primary airports currently in use and is owned and operated by the Navajo Nation. Photo courtesy of Navajo Airports 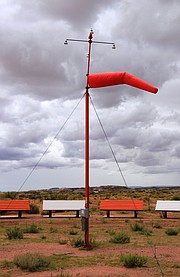 Tuba City Airport is the second busiest airport on the nation. Photo courtesy of Navajo Airports

Construction began July 10 and the runway will be closed for a minimum of 45 days while work is going on at the airport.

The project will repair damage to the runway caused by swelling soil. It is the first phase of a two-phase reconstruction project that will ultimately reconstruct approximately 4,000 feet of the runway.

Carl Slater, Public Information Officer for the NDOT, said the money that comes from the fund is important because it supports projects like the one at Tuba City and also throughout Arizona.

“Tribes, for a long time, weren’t eligible to receive funds from ADOT (Arizona Department of Transportation) Aeronautics Division but I think it was in 2012 that the legislation was changed,” Slater said. “Since then we have been lucky to receive support from the state and we really appreciate it. They help us with these matches that the FAA sets as a requirement for these grants.”

The $1.9 million is going toward reconstructing 80 percent of the middle of the runway. The 10 percent on each end has already undergone grinding up the asphalt and putting new pavement over that.

“It’s strengthening the soil in areas,” Slater said. “The soils on the reservation are so complex. I think there was a one and a half foot separation in the runway, like a vertical separation, that has prevented some pilots from flying in there.”

Slater said the primary use for the Tuba City Airport is medical evacuation flights.

“That’s taking patients from the Tuba City hospital to other medical centers to receive elevated levels of care,” he said. “It is a critical airport on the Nation.”

While the major use of the airport is for medical emergency evacuation, the next major use is for tourism with a lot of general aviation pilots who come in wanting to do a sight-seeing tour of the Grand Canyon by themselves.

“They are companies that charter flights to the reservation and will fly into Chinle to meet up with a local jeep tour operator that will tour Canyon de Chelle,” Slater said.

The Nation has five NPIAS (National Plan of Integrated Airport Systems) airports, which are eligible to receive federal funding from the FAA.

The other airports are in Chinle, Shiprock, Crownpoint and Window Rock. Kayenta’s airport, which is a part of NPIAS, is administered by the township with technical assistance from the NDOT.

Slater said Chinle is probably the busiest airport of the five, with Tuba City and Shiprock after that.

“It’s a nice collaboration of our internal NDOT forces, in the hauling of the millings and a private contractor,” Slater said. “I think they are going to put those millings to work on some other projects, some road improvement projects.”