Out and about: hiking the Arizona Trail from Jacob Lake 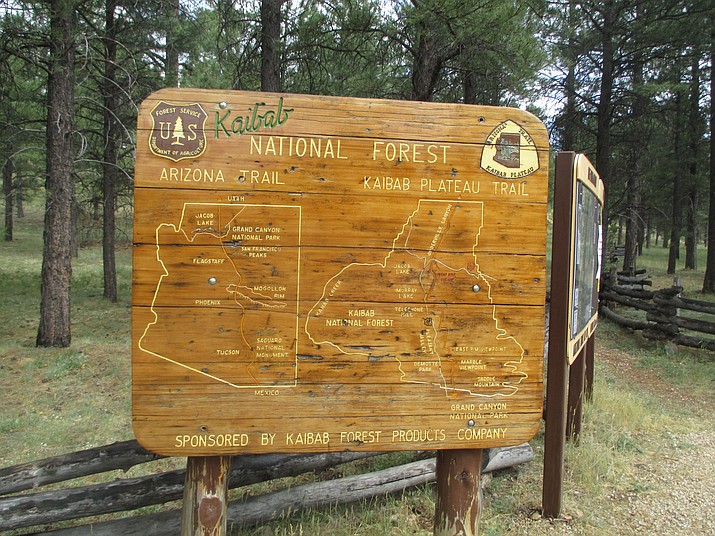 The Arizona Trail stetching over 800 miles from the Arizona-Mexico border to Utah, passes through Grand Canyon National Park. Stan Bindell/NHO 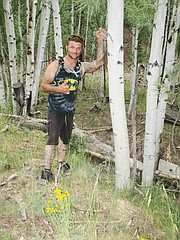 NORTH RIM, Ariz. — One joy of going to Jacob Lake in the past was the lake where you could go fishing or take a quick swim. Or at least it used to be. One of the reasons my hiking buddy, grandson Nick Basham, wanted to go the north rim of the Grand Canyon was to enjoy the lake.

The lake doesn’t seem to exist anymore as far as the public is concerned. The lake is privately owned, fenced off and even if it was accessible, there isn’t enough water in it.

As Will Rogers once said: “If this was my lake, I would mow it.”

So Jacob Lake might as well be renamed just Jacob.

But Jacob Lake Campground remains an inexpensive good place to stay because it is only 45 miles from the north rim of Grand Canyon National Park and the last location to get food before heading to the Grand Canyon.

It’s also two miles north of Forest Road 205 where Arizona Trail 101, also part of the Kaibab Plateau Trail, can be picked up just off the road.

This hike is rated easy to moderate, but that depends how long the hiker wants to go. Its 12 miles to Highway 67, 17 miles to Forest Road 241, 30 miles to East Rim view or 37 miles to Grand Canyon National Park. Of course, the Arizona Trail from the Mexico border to the Utah border is about 800 miles for those who want the full hike.

We did 10 miles, meaning five miles in and five miles out. This section is mostly ponderosa pine with a lot of small ups and downs — go up 300 feet, go down 300 feet, repeat often. It’s still not as strenuous as a lot of Arizona’s mountain hikes.

This trail follows an old Forest Service road and often comes to places where you have to turn into other forest service roads to hike. There are no signs to tell which way the Arizona Trail continues. Hikers also have to pay constant attention which way they are turning. It is easy to get lost on this trail if you are not paying attention.

We spotted several deer and one wild turkey among other wildlife on our trek.

The high point of this hike came when we were near the turnaround point where there was a wonderful stand of aspen. This trail also had a decent amount of flowers including yellow daisies and Indian paintbrush.

A sign at the start of the trail warns that because it is a burn area there could be falling trees or falling rocks. We didn’t see either of these, but we didn’t see any people either. The sign-in log showed nobody else had been on the trail for four days. The trail is right off a main highway, 89A, yet, easy to miss if you do not know where to stop.

There is no water along this trail. Dogs are allowed, but should be leashed.