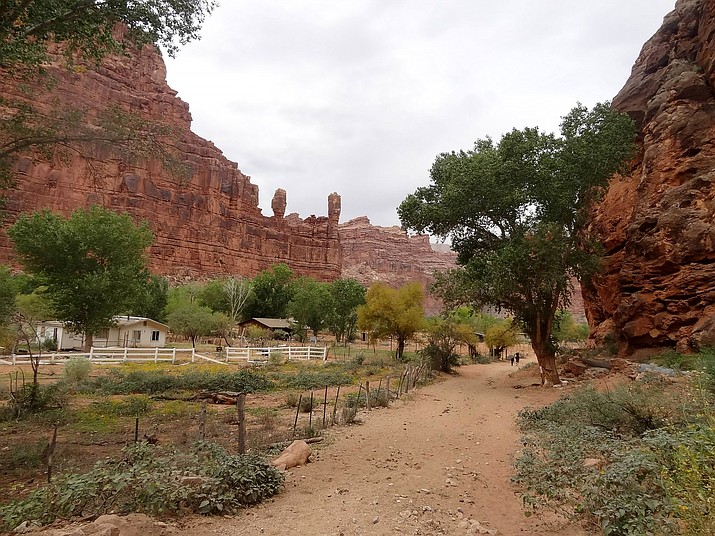 Nine students from Supai Village, located at the bottom of the Grand Canyon, have filed a lawsuit against the federal govenment after students said they were denied basic general education and other services. Loretta Yerian/NHO

Attorney with Native American Disability Law Center say the education of Native children is a bigger issue and goes beyond the Havaupai Tribe. Loretta Yerian/NHO

PHOENIX — Nine students in the Havasupai Nation have filed a lawsuit against the federal government claiming that agencies including the Bureau of Indian Education knowingly failed to provide basic general education to children in the remote area of Arizona.

The suit revolves around Havasupai Elementary in the small village of Supai within the Grand Canyon, accessed only through an eight-mile hike or by helicopter. With about 75 total students, according to 2012-2013 BIE numbers — the latest numbers available — the school is small. But parents involved in the lawsuit say its problems are critical. Among their complaints: the school is understaffed, does not provide a general education curriculum, and lacks a system for offering special education.

“This is a landmark civil rights case,” said Alexis DeLaCruz, an attorney with the Native American Disability Law Center, one of the firms involved in the case. “This is the first time anyone has ever filed a lawsuit attempting to address the wholesale denial of equal education opportunities to students attending a BIE school.”

According to the complaint, Havasupai Elementary is so chronically understaffed that the school has been shut down “for weeks at a time” and that “there is no science, history, social studies, foreign language, arts, or physical education -curriculum.”

The Bureau of Indian Education, a defendant in the case, told Cronkite News that the agency does not provide comment on pending litigation.

Laila R. is one of the parents who has signed on to the lawsuit. She is only using her first name in the lawsuit and in interviews to protect the identity of her children. She had to send her oldest son to high school outside of the Havasupai Reservation. There are no options for high schoolers in the area.

Laila R. eventually decided to take her whole family out of Supai, moving to Yavapai County, because she worried that her younger son was not getting a decent education.

“It made me leave, you know, my culture, my way of life and now I have to kind of put that aside and focus on my kids because my kids have to survive,” she said in an interview with Cronkite News.

“It’s a burden: a burden all the way around because the way the school is graduating eighth-graders who are not ready for high school yet,” he said.

About 16 percent of students at Havasupai Elementary are proficient in reading and zero percent are labeled as advanced, according to 2012-2013 data from the BIE. One hundred percent of the students are at a basic level in math and science. DeLaCruz said a persistent lack of proficiency in these subjects hamper students in finding a high school to attend.

“Because of the substandard education that the children who attend the school are provided, students cannot meet entrance and admission requirements for admission to even other BIE schools,” she said.

Other claims in the case:

The school practices excessive exclusionary discipline. The complaint alleges that disciplinary actions cause one plaintiff to miss half of instruction time during the week.

The advisory school board is not included in decision-making. Community members do not have access to recent school data and there is a pattern of retaliation against community members who speak up about the school, according to the complaint.

Laila R. is looking for a new job to support her family after the move. Her sons are at a public school now, but she said they are reeling from the effects of a BIE education: her oldest son failed many of his ninth-grade classes. She is now an adamant proponent for their education.

“I don’t want them to fail in life but to be successful,” she said.

“The examples you see out of Havasupai really do face Native American children attending BIE schools across the country,” she said.

The federal government has 30 days to respond to the complaint. Nothing in court has been scheduled yet.