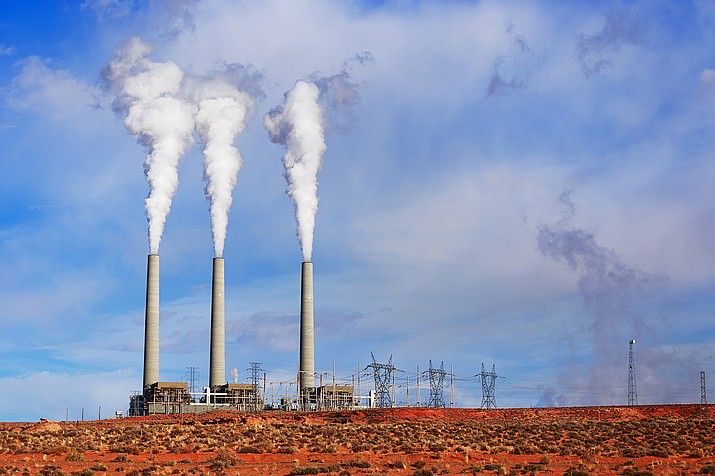 WASHINGTON — The owners of the Navajo Generating Station in Page voted Feb. 13 to keep the plant operating until its lease ends in December 2019, pending agreement with the Navajo Nation on reclamation of the site.

The coal-fired plant has been under financial pressure from historically low natural gas prices, but closing it would mean the loss of more than 800 jobs, most held by Navajo or Hopi tribal members, according to the Salt River Project, which operates the plant.

“The utility owners do not make this decision lightly,” said Mike Hummel, deputy general manager of SRP in a prepared statement. “NGS and its employees are one reason why this region, the state of Arizona and the Phoenix metropolitan area have been able to grow and thrive.”

SRP and other owners of the plant, which include Arizona Public Service Corp., NV Energy and Tucson Electric Power, now must negotiate with the Navajo a lease for removal and potential restoration on their land after the plant closes in 2019. If no deal can be reached, an SRP spokesman said, the plant will

But Navajo Nation President Russell Begaye said 2019 is too early to pull the plug on the power plant, which is fed by the nearby Kayenta coal mine. Both are significant economic drivers for the region and state, he said.

“We fully understand the economic and environmental issues that surround the plant,” Begaye said in a prepared statement following the decision. “We also know that NGS infuses $18 billion into the entire economy of Arizona.”

He said there are other options.

“The Navajo Nation stands on its proposal to keep NGS in operation until 2030,” Begaye’s statement said. “Key players like Peabody Coal, which solely supplies coal to NGS, is willing to negotiate its coal supply agreement.”

Environmental groups welcomed the planned closure as “an opportunity to fix the many mistakes of the past and open the door for a more prosperous future,” said Percy Deal of Dine CARE, a Navajo environmentalist group, in a statement released.

He and other Navajo advocates said it’s time to pivot away from coal-powered energy and focus on potential wind and solar resources. That would benefit the environment and the economic health of Native peoples living near the plant, which provides power to pump water from the Colorado River to urban areas of the state via the Central Arizona Project.

Deal said it was up to Begaye to embrace new forms of energy and send a clear message that the tribe is in “the business of cleaning up Navajo Generating Station and the business of developing our vast renewable energy resources.”

The statement points toward a 2012 NREL study estimating that Navajo lands have the potential to generate 1.2 terawatts of utility-scale solar energy.

Begaye is not ready to give up on coal and appealed to the Trump administration.

“This dilemma provides an opportunity for the Trump administration to live up to its promise to the American people that it will stand behind the coal industry,” he said.