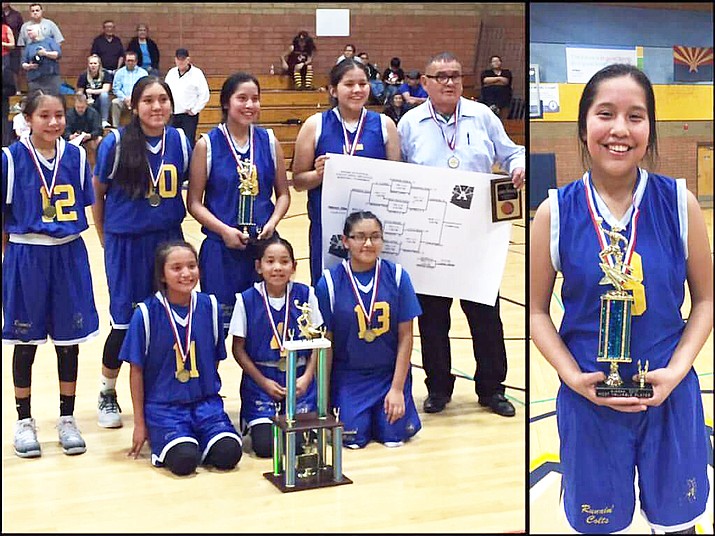 With an enrollment of 60 students, the Birdsprings school was very excited to show off its talent.

Kylie Begay, a seventh grader, broke a state record with 37 points — the most points evert recorded for a player and 10 three’s in the semi-fnals and was awarded MVP of the state tournament. With their sixth man Jaci Singer-Gonnie, who is the team’s smallest player and is in the sixth grade, this was considered the Navajo version of Hoosiers. The team also captured championships in Tsaile, Arizona, runner-up in Monument Valley and a championship finish at the 2017 Four Corners basketball tournament at the Wildcat Den in Chinle.

Melvin Tsosie coached the team this season and provided motivation and helped take a small school back to back championships games.

Tsosie said the Lady Colts have worked hard all season long and players are highly involved in academics, cross -country, volleyball and flag football, they sometimes participate in two sports in one day.

The NABI foundation complemented them on social media and said they were a team with a high basketball IQ. Teachers, support staff and coaches were highly supportive and played a big role in taking the team the playoffs this season.