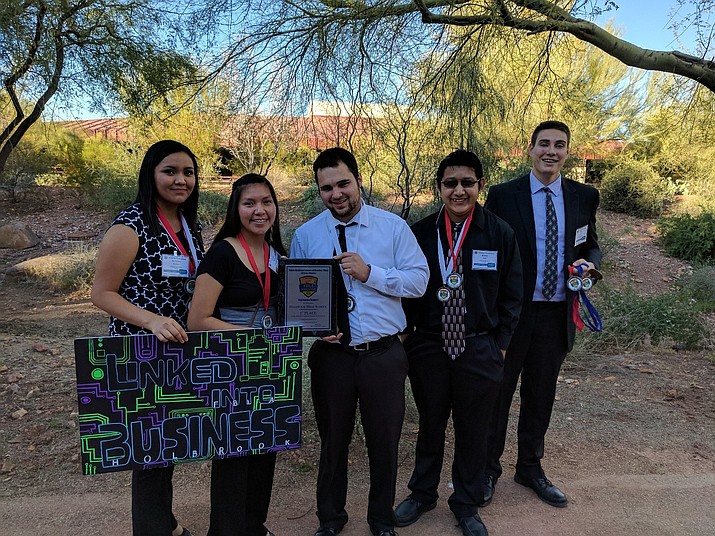 The students competed in individual testing events and a team event. The conference was attended by approximately 350 FBLA members, advisors and supporters from about 30 different school.

It was a successful day for four Holbrook Roadrunner FBLA members, who placed in individual events.

In the Battle of the Chapters team event, the team of Daena Bahe, Thomas, Hill and Chee took home second place. In addition to the medals the Roadrunners’ received first place in Region 2 for the Online Testing Tournament.