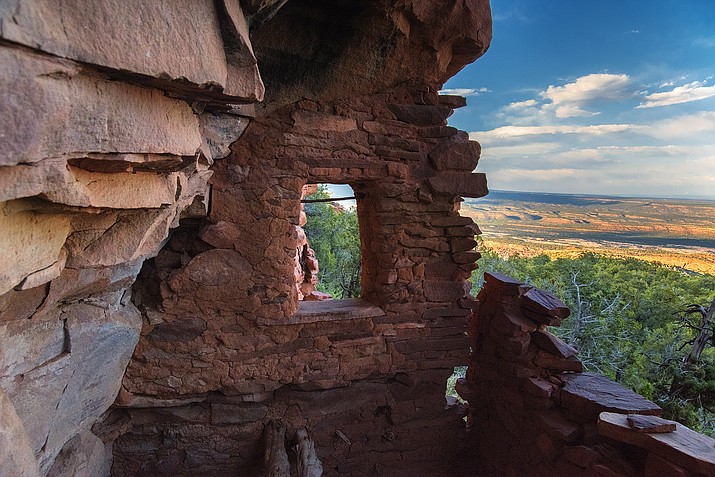 The Bears Ears cultural landscape has been the subject of administrative, legislative, and local efforts to protect it for more than 80 years, and former President Barack Obama’s proclamation on Dec. 28, realized that protection in the form of the new Bears Ears National Monument.

The new monument includes recognition of Native American traditional knowledge as a value to be protected by the monument and a resource to be used in its management. The monument also, for the first time in history, establishes an intertribal Bears Ears Commission, including representatives from the Navajo Nation, Hopi Tribe, Zuni Tribe, Ute Mountain Ute, and the Ute Indian Tribes to help manage the monument alongside federal land managers.

“Utah’s attempts to diminish our Nation’s sovereignty and belittle our tribes are upsetting,” said Council Delegate Davis Filfred (Mexican Water, Aneth, Teecnospos, Tółikan, Red Mesa). “You have to wonder whether their opposition is rooted in the fact that Native Americans have finally established themselves as a political force in Utah, which is long overdue.”

In the previous session of the U.S. Congress, Rep. Rob Bishop (R, UT) introduced legislation that would have protected Bears Ears, however, the legislation failed. In a recent joint release, Utah’s congressional delegation stated: “As a congressional delegation, we value our public lands, and we want to do everything we can to protect them. Bears Ears is no exception.”

“Utah’s Congressional delegation can’t claim that they want to protect Bears Ears while working to get rid of protections already in place,” said Council Delegate Walter Phelps. “Instead of deepening divides, they should be uniting their constituents and working together with Native Americans to make Bears Ears National Monument the best it can be.”

The Navajo Nation has reached out to U.S. Secretary of the Interior nominee Ryan Zinke to meet and discuss these concerns and demonstrate the overwhelming support of the Bears Ears National Monument designation.