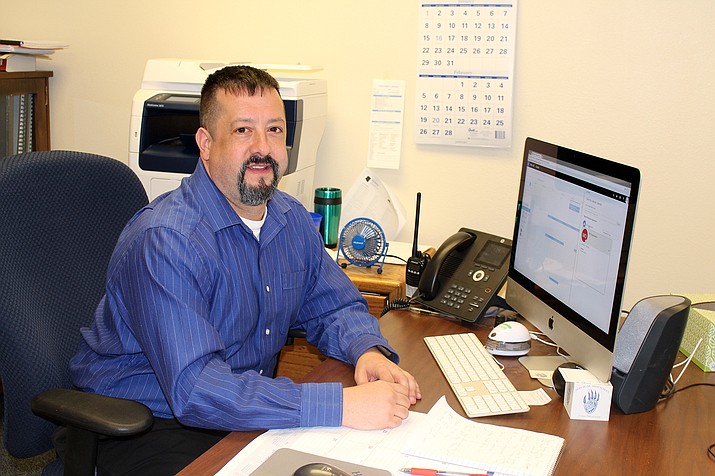 POLACCA, ARIZ.—Jason Lobik, Hopi High School’s new principal, said his main goals are filling any vacancies, getting acclimated to the school and building relationships with the staff and students.

Lobik, who joined the staff in January, said he doesn’t look for anything to be done a certain way. Instead, he wants teachers to be as effective as possible. He is impressed with many of the programs that Hopi High has in place including planned interventions this year that will be used to raise test scores.

Lobik said he looks forward to collaborating with teachers.

“Everybody needs to be able to voice their opinions freely,” he said. “Hopefully I’m approachable and fair for staff and students.”

Lobik said students need to know that if they have drugs or alcohol on campus that there are consequences.

“But we still care for you and love you,” he said about the students.

“We developed a positive plan for reentry. We would tell the students: You made a mistake; now here’s the plan,” he said. “You need to provide services and a plan for these students.”

Lobik’s last job was working at Grand Canyon University in Phoenix as an academic counselor for doctoral students. He previously worked as principal at Robert Duffy Charter School in Phoenix. Before that, he was assistant principal at Children’s First Academy in Phoenix and White River. He also worked as an assistant principal and athletic director at Ganado High School and Payson High School. He worked with Native American students at Ganado, White River and Payson.

“We helped a lot of kids,” Lobik said. “There wasn’t a magical pill. It was about being visible, building relationships with staff and students, and getting drugs and alcohol out. It was also about letting the students know “they can do it.”

Lobik said once drugs and alcohol were removed, teachers could teach. He said his main role in improving test scores was attendance.

“We improved in all areas and that absolutely can be done here,” he said.

Lobik said becoming a principal was a natural progression after working as an athletic director and assistant principal.

“I like working in schools and being around kids. I like mentoring,” he said. “It’s interesting and never boring because something different happens every day.”

Lobik said he hopes to be at Hopi High for many years.

“I want to positively impact the kids and the community,” he said.

Lobik earned his BA in history at Fitchburg State in Massachusetts and his MA in educational leadership from Northern Arizona University. He was born and raised in Massachusetts.