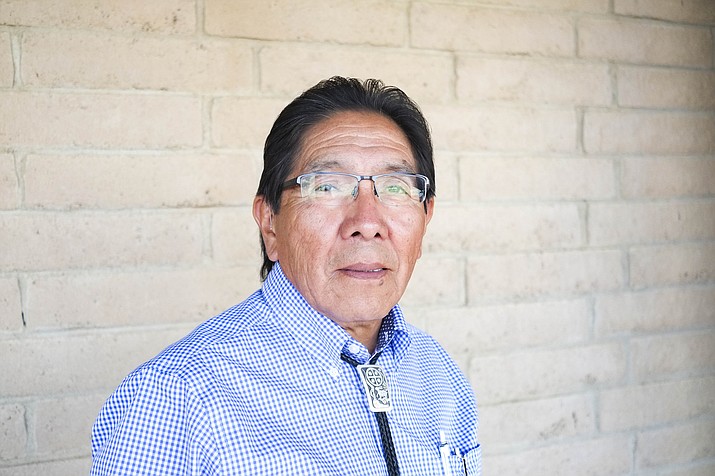 The compact comes one year after the tribe entered into a compact with the state of Arizona and makes the Hopi Tribe the 22nd and last Arizona tribe to sign a gaming compact with the State.

“Because the Hopi Tribe faces such an uncertain financial future, I believe providing opportunities and a path to prosperity for our people is of the highest importance,” Honanie said. “Having a gaming compact gives our Tribe the opportunity to generate millions of dollars in much-needed revenue and a way to join our sister tribes in sharing the financial success gaming has meant all across Indian country.”

Under the compact, which will run for at least 20 years, the tribe has the right to own and operate as many as 900 gaming machines on Hopi tribal land, or the right to lease those machines to other tribes within the state. It is unclear whether or not casinos will be allowed on the reservation or if the tribe will only be leasing machines.

Tim Nuvangyaoma, who took over as chairman of the Hopi Tribe Dec. 1, said the compact came as a surprise to him and his staff.

“It did,” he said. “If the people decide to go that direction this time — and you have to remember it's been defeated twice by our Hopi people based on our history and our culture, but we're at a different time now, I don't know if they'll take a different position on it but that's up to the people to decide.”

The Hopi tribe voted down attempts to allow the tribe’s to participate in gambling twice, first in 1995 and again in 2004.

Previously, Hopi was the only tribe in Arizona unable to participate in or generate any revenue from tribal gaming.

There are 23 tribal casinos statewide. According to a recent report by the Arizona Department of Gaming, gross tribal gaming revenues totaled nearly $1.9 billion for the fiscal year ended June 30, 2017. Since original execution of tribal gaming compacts in 2003, tribes have provided over $1 billion to the State of Arizona.

“With the prospect of the Navajo Generating Station (NGS) closure on the horizon and the resulting significant loss of tribal jobs and programs, this compact is the first major step for the tribe to explore all of its options for future revenue,” said Verrin T. Kewenvoyouma, attorney representing the tribe. “Gaming has been a net positive for tribes across the country for decades, improving education, the economy, public safety and social services. These benefits have not just been for tribes, as the surrounding communities and states significantly prosper from Indian gaming as well.”

Stepping into office and an uncertain economic future for the tribe, Nuvangyaoma agreed that all options should be explored to help stabilize the tribe’s economy.

“I think with the potential of the NGS closure, which is real, we need to have as many options on the table as we can and find out what's going to be our best revenue source (and) what's more short term. This is coming to an end pretty quick. We are rolling into 2018 right now, they're expecting that (closure) to happen in 2019, so we need to start looking at something that's going to produce revenue,” he said. “It's going to be a tough task. It's not going to be easy. I informed the people during my campaign that it may get worse before it gets better, but we have to have all the options on the table.”

The state will submit the compact to the Bureau of Indian Affairs for final approval by the federal government.