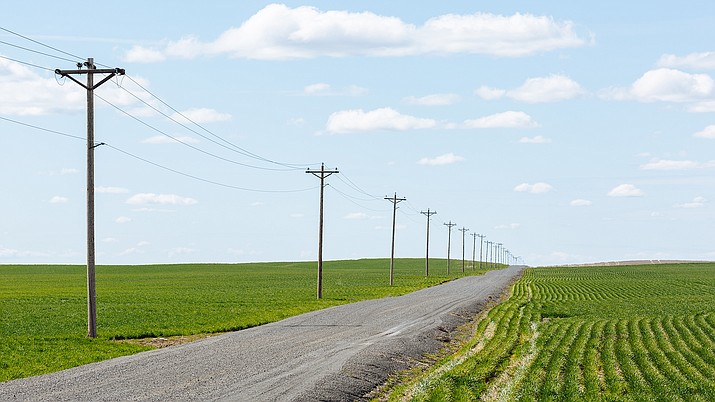 Changes to the Lifeline program for low-income families are meant to stem waste and abuse of the program, but critics say the changes could hit Indian Country particularly hard. Photo/John Westrock, Creative Commons

WASHINGTON — The Federal Communications Commission (FCC) is moving to rein in a low-cost telephone service for low-income customers that critics say will hit Indian Country hard if fully implemented.

But FCC Commissioner Ajit Pai and other supporters say the reforms would close the digital divide between urban and rural Americans by ending ongoing waste, fraud and abuse in the program that serves more than 12 million people nationwide — and 212,630 people in Arizona as of August.

The Lifeline program, established under the Reagan administration, offers a subsidy of $9.25 a month to low-income residents, with residents of tribal areas eligible to receive an additional $25 subsidy per month.

A Government Accountability Office Report earlier this year found a number of problems with the current program, including the FCC’s inability to verify how many of the 12.3 million people getting Lifeline were using it as a secondary phone service. The GAO also said it was only able to confirm two-thirds of customers were getting government support, like Medicaid or food stamps, critical to participation in the program.

The commission voted 3-2 last week for a series of immediate changes — including a shift in how tribal funds are allocated — and a call for comment on several proposed changes that include an overall budget cap and the elimination of “non-facilities based” providers — or wireless resellers – from the program.

“Far too many Americans lack the affordable broadband options that many of us take for granted,” Pai said in a prepared statement after the vote. “And for far too long, policymakers have let unscrupulous wireless resellers waste Lifeline funding rather than demand these funds go to support real digital opportunity and infrastructure in underserved communities.”

Pai noted the deeply disturbing problems”cited in the GAO report and comments from a Democratic lawmaker during hearings this summer that Lifeline’s problems are serious and persistent — and the time for action is now.

But critics panned the GAO report, which they said was based on numbers from 2014, a year before FCC reforms of the Lifeline program went into effect. Linda Sherry, the director of National Priorities for Consumer Action, added that the report’s “supposed one-third-is-fraudulent number … was based only on a small sample and cannot be extrapolated to the whole program.”

A GAO official who testified to the Senate on the report laughed at those assertions, which he called “a red herring.”

“The fact that the data is from 2014 is irrelevant,” Badoyan said. “Whatever limited changes have occurred to the Lifeline program from the FCC or USAC (Universal Service Administrative Co., the nonprofit that manages Lifeline funding) or the telephone carriers would not have changed any of the data analysis we did.

One change that will affect tribes immediately is the new allocation of the $25 a month tribal subsidy. It will not be restricted to tribes in rural areas, defined as being outside “an urbanized area or urban cluster area with a population equal to or greater than 25,000.”

Pai said the change was aimed at tribes in areas like Tulsa and Reno. But Brian Tagaban, who works for Sacred Wind Communications, a facilities-based telecommunications provider that serves the Navajo Nation, said the change in the definition of urban and rural is a great concern to us.

“I would say 80 percent of our customers are Lifeline customers,” said Tagaban, who formerly worked with the Navajo Telecommunications Regulatory Commission. “We serve the Eastern Agency of the Navajo Nation, which is a checkerboard of different land statuses.”

“We are worried that they could exclude some of these areas and that they won’t be able to access tribal Lifeline benefits,” Tagaban said. Navajo Nation officials did not return calls seeking comment.

Advocates are more concerned about a proposed change that would limit Lifeline subsidies to “facilities-based providers,” cutting wireless service providers out of the program. Critics said that could eliminate four of the five major providers currently offering Lifeline.

“There are no other companies out there that can provide … or are willing to provide … this service to millions of Lifeline customers,” Sherry said. Rural areas often don’t have access to major providers, she said.

Rep. Raul Grijalva, D-Tucson, who joined 55 other lawmakers in a letter opposing the FCC changes, said in a statement after the vote that instead of improving service, the commission had taken “a step backward by restricting mobile and internet access to hundreds of thousands of people, especially those who live in rural and tribal lands.”

Kim Lehrman, the president of a Iowa service provider enTouch Wireless, that serves around 3,000 Lifeline customers in Arizona, said the change “would disproportionately impact Native American tribes,” due to a lack of competition with rural providers.

Lehrman said she fears she could lose customers if the proposed changes go through.

“We feel like we provide a very high quality of service to people with a tremendous amount of need,” she said. “We hope to find a way to continue to provide these services.”