New locomotive now in use at Navajo Mine 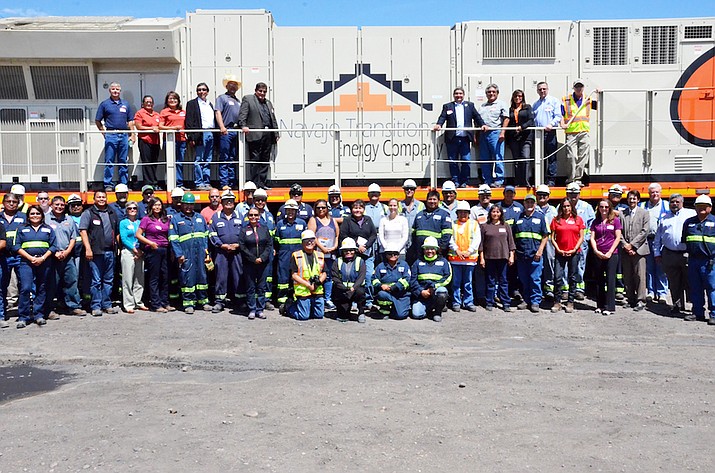 The Navajo Transitional Energy Company unveiled two new locomotives Aug. 23, that will deliver coal from Navajo Mine to the Four Corners Power Plant. The company received the new locomotives in early July from General Electric, replacing three outdated electric locomotives. Navajo Nation Speaker LoRenzo Bates described the new acquisitions as a sign of progress for the company, which is a Navajo-owned enterprise created through legislation passed by the Navajo Nation Council to purchase the Navajo Mine — the first coal mine owned by any North American tribe.