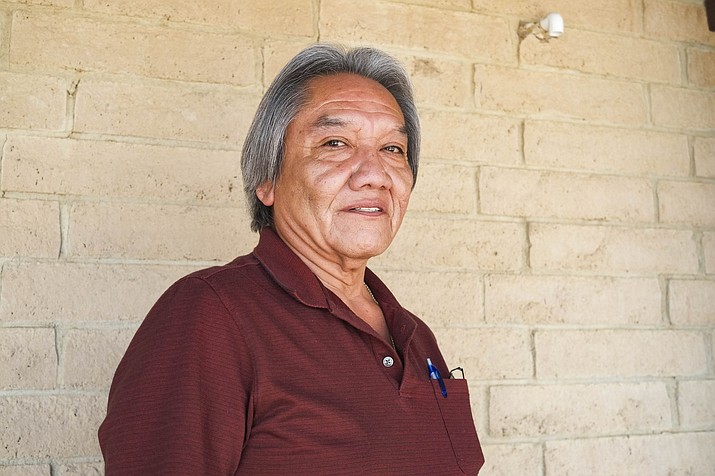 Why do you feel you’re a qualified candidate to run for chairman/vice chairman of the Hopi tribe?

I have a bachelor’s degree in personnel and industrial relations from Utah State University and a master’s degree from the University of Utah in human resource management. I was also commissioned a 2nd lieutenant in the U.S. Army Reserve. I’ve worked both on (and off) the reservation for quite a number of years. I’ve worked for the Bureau of Indian Education (BIE), working my way up from a business manager to senior executive level of service as the assistant deputy director for administration for the BIE. I monitored a budget of the BIE which hovered around close to a billion dollars. My experience and education has qualified me and prepared me to work on behalf of the Hopi people.

In your opinion, what are the two biggest issues facing the Hopi tribe?

In my opinion, number one, is our language. Our language defines who we are as a people. We are slowly but surely losing our language. One of my focuses is going to be to try to regain and retain our Hopi language. If we don’t retain/relearn it, we are eventually going to lose who we are as a Hopi people. With that, potentially lose our entire culture and I can’t allow that to happen. I plan to porpose a full immersion language program for preschool children if I do get elected.

The (second) one is developing and implementing an economic development project that’s going to sustain Hopis in terms of generating revenues. The Navajo Generating Station (NGS) is closing within the next two years and the Hopi Tribe has to be much more proactive in terms of looking at alternatives in how to generate revenue. The Hopi Tribe must have a much bigger presence outside of Hopi in order to be able to generate that kind of revenue. I don’t believe that gaming is the answer. I believe some candidates believe gaming is the answer. I think there are alternative ways we can generate revenue. We have got to do it now. The Hopi Tribe has a tendency to wait and wait until the eleventh hour and we have got to get away from that kind of thinking. We have got to become more progressive and futuristic thinkers rather than waiting until the last minute. We become a reactionary government rather than a proactive government.

Recently, we had vendor submit potential proposals to the Hopi Tribe and some of them — there’s alternative energy projects, extracting minerals from the coal and railroading them into the open market, the potential of establishing a refinery … these are proposals presented to the Hopi Tribe. A lot of them will need to be studied and be presented to the Hopi people for their input for what they want to see established on Hopi.

Education, our school system. All of our schools are tribally controlled. The school boards operate the schools under authority from the Hopi Tribal Council so they are what we call grantees. We have got to redirect our resources so there is 21st century teaching going on in those schools. We’ve got to bring some consistency into how we’re educating children in our schools and look at academic state standards —make sure state standards are being taught consistently across our schools. We need to improve on the governance of our schools. The Hopi Tribe must develop an education code that brings some consistency to how we operate our schools.

We need to begin producing students who meet all state academic standards so we can move them on towards post-secondary education, or if they want to do something other than college, we have to make that available to them. We need to make sure there are vocational schools or opportunities are available.

The other issue I will focus on is the drug and alcohol problem we have on the reservation. We need to make sure we begin to develop programs that really focus on trying to change behavior. The culture and this drug problem — the resolution is inter-related from when you’re a child. You’re taught respect and what you need to do and how you conduct yourself. Hopi doesn’t teach alcoholism or dealing with drugs or using drugs, but respect. We need to start involving professionals who know how to deal with alcohol and drug related issues. It’s too prevalent out here and we have to deal with it.

This is a really, really critical election at this time. Whomever is elected as chairman of the Hopi Tribe, there are numerous challenges that individual is going to have to deal with. As I’ve indicated, we have a problem with our language, we’re losing it. We have to regain that. We have problems economically, we’re going to lose 85 percent of our budget in 2019 if we don’t do something. We have to become accountable as a tribal council and we have to focus on resolving the problems instead of acting like nothing is wrong. This council doesn’t seem to think long-term.