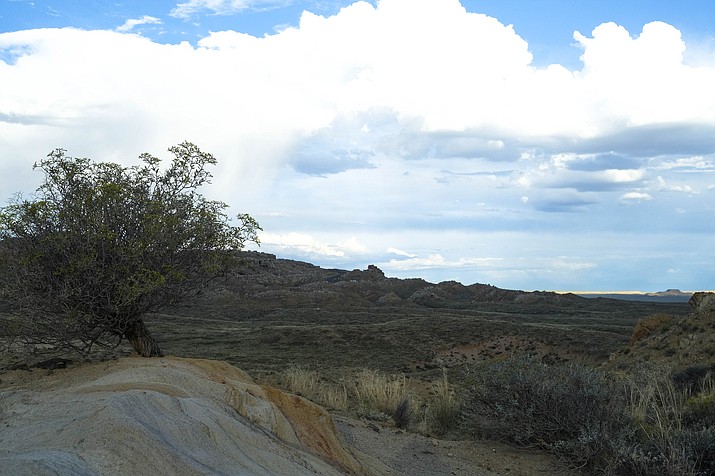 SHUNGOPAVI, Ariz. —Believed to be one of the toughest and most memorable races in Arizona, the 44th annual Louis Tewanima Footrace will begin at 6 a.m. Sept. 3, in the village of Shungopavi, Second Mesa, on the Hopi Reservation.

The footrace is sponsored by the Lewis Tewanima Memorial Footrace Association.

“We are anticipating about 400 participants this year,” said Sampson Taylor, President of the Louis Tewanima Footrace Association,

The footrace is a compilation of three races. The first, a 10K run. is the highlight of the event, followed by a shorter 5K run and a one mile fun run.

Hopis will be encouraging participants along the route and from the tops of the mesas, with shouts of Nahongvita “stay strong.”

The 10,000-meter race is the longest standard track event in the Olympics. It covers a distance slightly more than 6 miles or 25 laps around an Olympic-size track.

The race is named for Lewis Tewanima. Twanima was the only Hopi to ever represent the United States in the International Olympic Games. He participated in the 1908 Games in London and again in 1912 when they were held in Stockholm, Sweden, where he won a silver medal in the 10,000-meter race.

That record remained until it was broken in the 1964 Games in Tokyo by Billy Mills, a Sioux from Pine Ridge, South Dakota.

The race was started as a community project by the local Teacher Corps team from Northern Arizona University in 1974. Billy Mills was the guest of honor. He encouraged the students to set goals and work hard in life. He also paid tribute to the memory of Tewanima.

The footrace has become a tradition for the Hopi Nation over the Labor Day weekend. Medals and traditional Hopi awards will be presented to the winners. All participants will receive a cotton- blend race shirt

Registration is open through Sept. 2 at the Shungopavi Community Center on Second Mesa. It can also be completed on-line. There is a $40 entry fee.

More information can be found at www.tewanimafootrace.org.