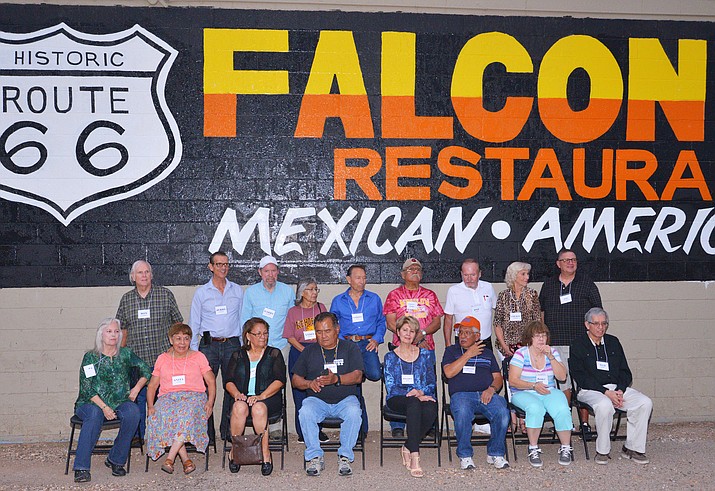 The Winslow High School class of 1964 reunion was held at the Falcon Restaurant Aug. 10 and 11.

Jerry Sanchez organized the reunion and had attendees speak during sessions Aug. 10 and 11. Sanchez said he and others planning the reunion attempted to contact and invite those who had not previously attended a reunion. They also contacted those who had been part of the class as freshman but had not graduated. Some had enlisted in the military.

Originally, there were 172 in the freshmen class and 132 graduates. Sixty-two members of the class are deceased and were recognized as ‘gone but not forgotten.’

Plans are being made for the next reunion and are expected to include some improvements that might bring more people.

The Winslow Bulldog sports teams had great success in 1964 beginning with the school’s last state football championship. The 1964 basketball team finished second in the state to an excellent Globe team with most of its starters going on to play college ball. Winslow’s Isaac Bonds set a scoring record that lasted for decades. The Bulldog baseball team also performed well that year.

Attendees who came long distances said that they enjoy seeing Winslow again and how it has changed.