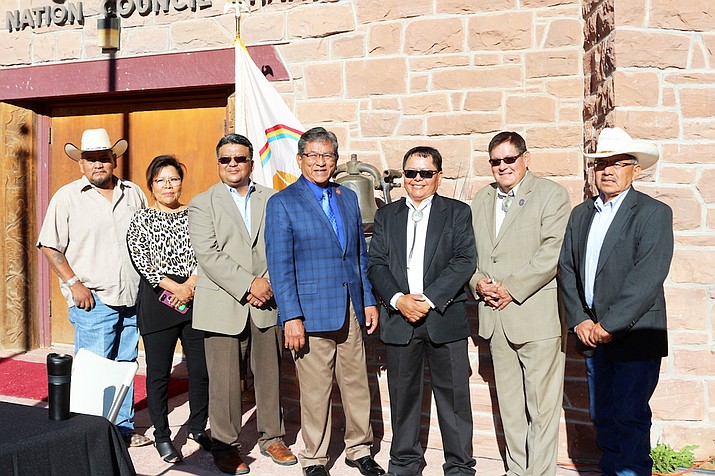 Holgate is a former Navajo Nation district court judge who served nearly 16 years for the Nation.

The LOC voted 3-0 to approve the legislation and serves as the final authority on the bill.

Holgate is originally from Shonto, Arizona and resides in St. Michaels, Arizona. His maternal clan is Lók’aa’ Dine’é (Reed People) and his paternal clan is Naaneesht’ézhí Táchįį’nii (Charcoal Streaked Division of the Red Running Into the Water Clan). He is married to Esther Holgate and has two sons.

“We welcome you to the Nation as our interim chief justice," Bates said. "We look forward to your participation in tackling the Nation’s issues, especially when we convene for our Three Branch Chief’s meetings. There is much work to be done and I am confident we can make significant progress during your term.”

Bates also thanked Sloan for his service and said the council commends the hard work he has completed for Nation during his term.

LOC chair and legislation sponsor for the appointment, Council Delegate Edmund Yazzie (Churchrock, Iyanbito, Mariano Lake, Pinedale, Smith Lake, Thoreau), expressed gratitude for the interim appointment made by his committee and said they will continue to work with the judicial branch on issues to improve services for Navajo citizens.

“I want to thank acting Chief Justice Holgate for stepping up to the plate,” Yazzie said. “Our committee is looking forward to working with him and we appreciate his acceptance to serve the Navajo Nation."

Holgate thanked the LOC, Bates, and Begaye for considering him for the position and said he is ready to take on the challenges facing the judicial branch.

“I am privileged that the Nation has called upon me to take this opportunity to work again,” Holgate said. “It’s a calling like the Honorable Allen Sloan once said, to come forth and serve our people in the most mindful and prudent way.”

Holgate will serve until the Navajo Nation Council has confirmed JoAnn Jayne, who was appointed by Begaye July 11. The council will consider Jayne’s appointment at the next regular council session in October.