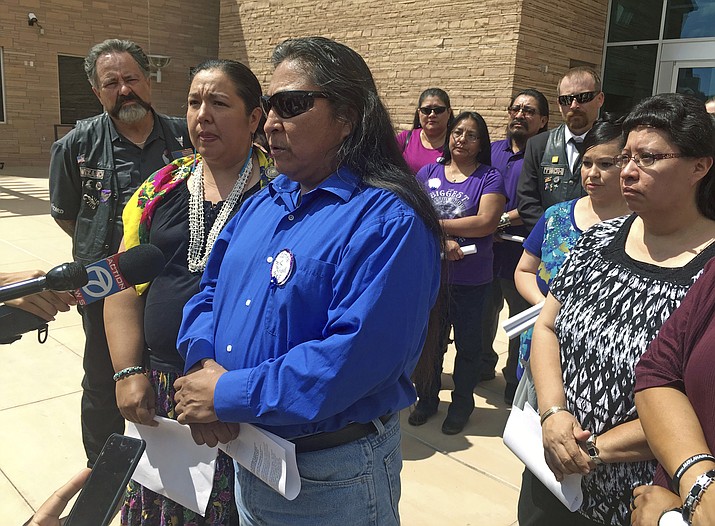 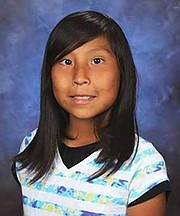 ALBUQUERQUE, N.M. (AP) — A man charged with murder, sexual assault and other counts in the death of an 11-year-old girl on the largest American Indian reservation changed his pleas to guilty Aug. 1 in a case that prompted calls to expand the AMBER Alert system and the death penalty to tribal communities across the U.S.

More than a year after Ashlynne Mike was killed on the Navajo Nation, Tom Begaye entered his new pleas at a hearing in U.S. District Court in Albuquerque, New Mexico, as family members of Mike cried.

Her father, Gary Mike, said after the hearing that the guilty pleas were a turning point for the family that has struggled since the killing.

"We all know that this person is guilty," he said. "He finally admitted it today."

Asked if he had a message for Begaye, Mike paused, tried to hold back tears and said, "I can't now."

New Mexico Gov. Susana Martinez said in a statement that she hoped the guilty plea brought some peace to the family.

"But sadly, nothing will ever undo what was done," the Republican governor and former prosecutor said. "It's critical that we continue to do more to protect our children."

Prosecutors say Begaye lured the girl into his van

in May 2016 and sexually assaulted her. She was reported missing, but an AMBER Alert didn't go out across the state until the next day.

She was later found dead near the Arizona-New Mexico border. The Navajo Nation covers parts of those two states and Utah.

The death led to pending federal legislation that would expand the AMBER Alert system to tribal communities and calls for Navajo Nation to end its opposition to the death penalty.

Republican Sen. John McCain of Arizona introduced legislation in April that would expand the notification system. He said more than 7,700 American Indian children are listed as missing in the U.S.

Authorities say Begaye lured Mike and her brother into his van. The boy later told police the man took them deep into the desert then walked off with the girl and a tire iron before returning alone.

Begaye told investigators he sexually assaulted the girl and hit her twice in the head with a crowbar, and that she was still moving when he left her in the desert, according to court documents.

Her brother was able to escape.

Begaye is from the small town of Waterflow near Lower Fruitland, where Mike lived with her father and siblings, according to the FBI. The town is near the reservation.

Gary Mike said changing the tribal rule on the death penalty would be a decision for tribal elders.

After his daughter's death, Gary Mike filed a lawsuit against the Navajo Nation for failing to have an emergency notification system that he says could have saved his daughter's life.

An AMBER Alert system for the 27,000-square-mile (69,930-square-kilometer) reservation was proposed years ago but never implemented, despite the tribe having been awarded $330,000 in federal funding as part of a U.S. Justice Department pilot project.

Half the money was used to buy equipment such as megaphones and pop-up tents, but the rest went unspent.

"We know the pain will be life-long for Ashlynne's parents and immediate family," Navajo Nation President Russell Begaye said Tuesday. "The Navajo Nation is taking every step necessary to strengthen our laws and emergency response communication system."

Russell Begaye is not related to the defendant.

In another case involving violence on the reservation, an Arizona woman who put her 17-month-old daughter in a stroller, pushed her into the desert and left her to die on the Navajo Nation was sentenced July 31 to 20 years in prison.

Attson had pleaded guilty to second-degree murder in the September 2016 killing. Her defense attorney, Ashley Adams, did not immediately return a call for comment.