Escalade Project at Confluence to go before Navajo Council again 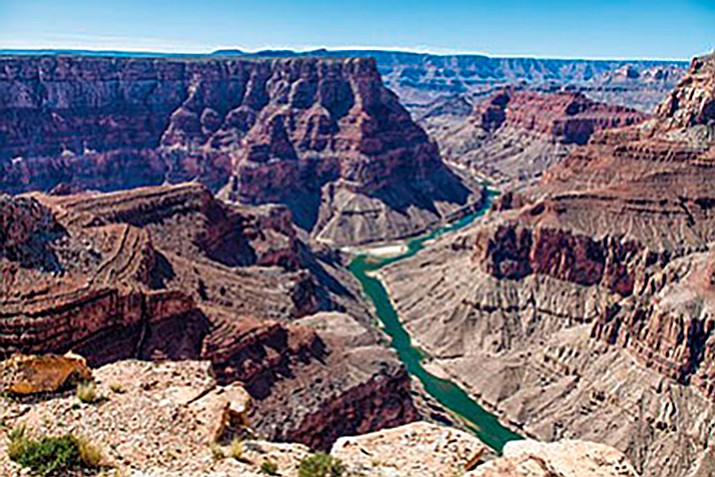 Confluence Partners, LLC hopes to build a gondola tramway down this canyon to the Confluence. Ryan Williams/NHO

WINDOW ROCK, Ariz. - A proposed 420-acre development along the eastern rim of the Grand Canyon, which would include a gondola tramway delivering visitors to the canyon floor has seen new life in the form of Navajo Nation legislation introduced Aug. 29.

The resolution sponsored by Council Delegate Benjamin Bennett (Fort Defiance, Sawmill), if passed, would approve a master agreement for the Grand Canyon Escalade Project in the Bodaway/Gap, approve a funding application of $65,000,000 by the Navajo Nation to develop off-site infrastructure, authorize the Navajo Nation Hospitality Enterprise to enter into a development and operating agreement, allow for the land withdrawal from the Bodaway/Gap Chapter and approve a non-compete agreement in the project area.

Confluence Partners LLC, from Scottsdale, Arizona, hopes to build a gondola tramway delivering visitors to the canyon floor in about 10 minutes, a river walk in the canyon with an elevated walkway and a food pavilion. The area is located about 100 miles by road from Interstate 40 and Flagstaff, Arizona.

On the rim, Confluence Partners members said there will be a discovery center that will tell stories of tribes' relationships to the canyon, a multimedia complex and an estimated 47,000 square feet of retail and restaurants, which, in the future, could include hotels, motels, a RV park and a general store.

R. Lamar Whitmer, managing partner of Confluence Partners, previously said he believes opposition to the project from Navajos has lessened. In meetings with Navajo Nation lawyers, Whitmer said the lawyers said the Nation has every right to develop this area. A controversial chapter vote in October 2012 approved the project. The Navajo Nation Council would still need to approve the proposal.

The Navajo Nation would pay for the road to the development, the power lines, the wells and the roads that the developers have promised to people's houses. The Navajo Nation would be required to build a community for the workers. But, ultimately, the developers, not the Nation, would control a 15-mile radius around the project, which opponents say adds up to about 576,000 acres. The developers would have the final say about all economic development within that acreage, and have control over the roads, power lines and everything else.

Navajo Nation President Russell Begaye has repeatedly said the Escalade project is not in the best interests of the Nation since he and Vice President Jonathan Nez were elected in April 2015.

The resolution will go before three committes - the Naabikiyati Committee, Budget and Finacne Committee and Resource and Development Committee -before reaching the Navajo Nation Council for a vote.