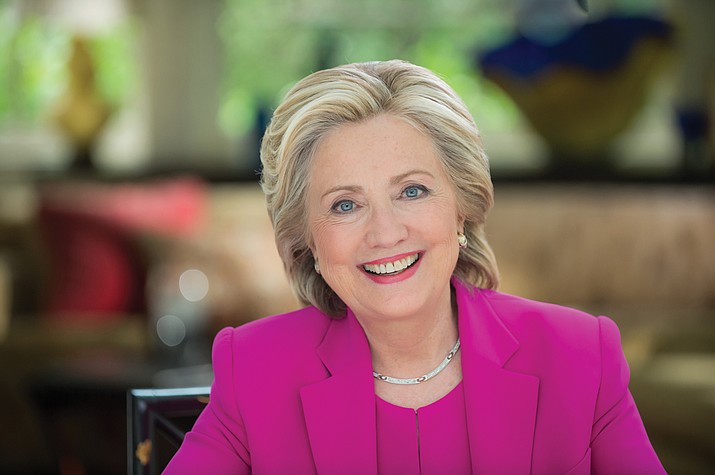 Saying he takes inter-governmental affairs and the federal relationship extremely seriously, Begaye said the Navajo Nation, as a sovereign nation, must work cooperatively with other states, tribal nations and other foreign governments so that it can protect and create the best opportunities for its citizens.

Begaye said Clinton, as president, will be a strong partner to work with on a government to government level and that in the campaign she has committed to serving tribal nations though strengthening public safety, combating drugs and alcohol, advocating for access to high quality education, improving Indian healthcare and fighting for Native American veterans.

Begaye added, as a senator, Clinton continued this effort by co-sponsoring legislation to improve Indian health care and tribal colleges and he trusts she will respect treaties and he looks forward to working with her administration on a government to government basis.

“I wholeheartedly endorse Hillary Clinton for the office of president of the United States,” Begaye said. “I encourage the electorate of the great Navajo Nation to review both candidates’ records and join me in this support. I also encourage other Indian Nations to support her, as well.”

Begaye said the Navajo Nation has many friends and champions from both the Republican and Democratic parties.

“In my view, our tribal issues do not fit nicely into one political party,” he said. “Each of the two major parties offer some policies and proposals that can benefit the Navajo people and it is important to work with both of these groups to advance our Nation.”

Begaye said as president he has, and always will, put the Diné people first — and that includes before any political party, which is why he has not typically endorsed a particular party or candidate for election.

“However, this U.S. presidential election is of tremendous magnitude with much at stake for the Navajo people,” Begaye said. “The stark difference between the two major candidates necessitates that I speak out as leader of the Navajo Nation.”

Begaye said he does not feel Donald Trump will respect the Nation’s tribal sovereignty and will set harmful precedents for federal Indian policy. He also said that Trump has funded advertising campaigns that falsely accused Indian gaming of being involved in organized crime and drugs.

“He has also supported using the power of the federal government to deny tribal sovereignty,” Begaye said. “I have serious concerns about whether Mr. Trump would honor our inherent tribal sovereignty and respect our treaty with the United States. I cannot stand by any candidate who denigrates and belittles women as Mr. Trump’s actions have shown.”

Begaye said he looks forward to the outcome of the election.

“And, I also look forward to a day when we have a member of the Navajo Nation on the U.S. presidential ballot,” he said.