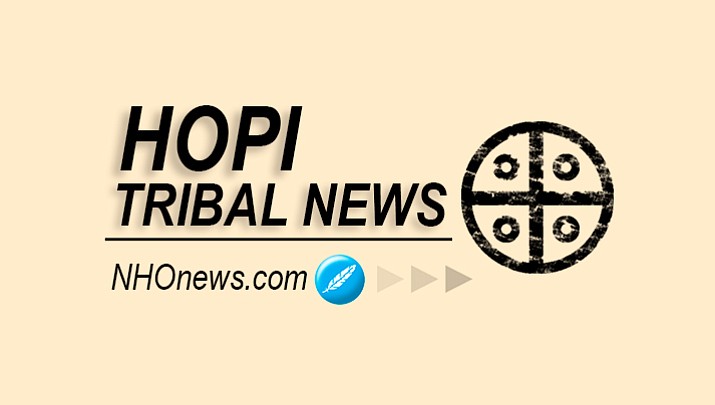 Hopi Tribal Chairman Herman G. Honanie Oct. 13 thanked the Navajo Nation Law and Order Committee for its action to unanimously oppose the proposed the Grand Canyon Escalade project. He also said the proposed development would violate the Intergovernmental compact entered into between the Navajo and Hopi tribes in 2006.

The agreement states: “The Navajo and Hopi people are and shall remain neighbors, and desire to live in harmony with mutual respect for each other for all future generations. One important aspect of such mutual respect is consideration for the religious beliefs and practices of the other." Among other things, the Intergovernmental Compact requires each tribe to respect the privacy of persons engaging in religious practices, and to not observe or intrude upon religious activities. The compact also commits the Navajo Nation to protect Hopi religious sites and guarantee Hopi religious practitioners privacy.

Last month, Honanie urged the Navajo Nation Council to not support the 420-acre tourism proposal planned by Scottsdale developer Lamar Whitmer of Confluence Partners, LLC. The Hopi chairman said the proposal would “irreversibly compromise the tranquility and sacredness” of areas the Hopi Tribe has held sacred for at least a thousand years.

“The Hopi Tribe and many other Southwestern tribes, including the Navajo Nation, hold the Grand Canyon as a sacred place of reverence, respect and conservation stewardship,” Honanie said in a letter to Navajo leaders. “It is important to preserve and protect these sites from harm and wrongful exploitation.”

The legislation drew at least one rebuke from Council Delegate Edmund Yazzie (Churchrock, Iyanbito, Mariano Lake, Pinedale, Smith Lake and Thoreau), to the sponsor of the legislation Benjamin Bennett.

“With respect, Mr. Bennett , it takes a lot of courage for you to sponsor a legislation at a chapter that you are not from,” Yazzie said.

Kuwanwisiwma, director of the Hopi Cultural Preservation Office, said the site would disturb land where Hopi pilgrimages have occured for more than a thousand years as part of a ritual initiation for Hopi young men. He added the proposed gondolas on either side of the Confluence would go over the top of sites used for sacred ceremonies and construction of the Escalade would destroy Hopi sites.

“Some religious shrines and culturally important agave plants already have been destroyed in pre-development visits by the development team to the sites,” he said.