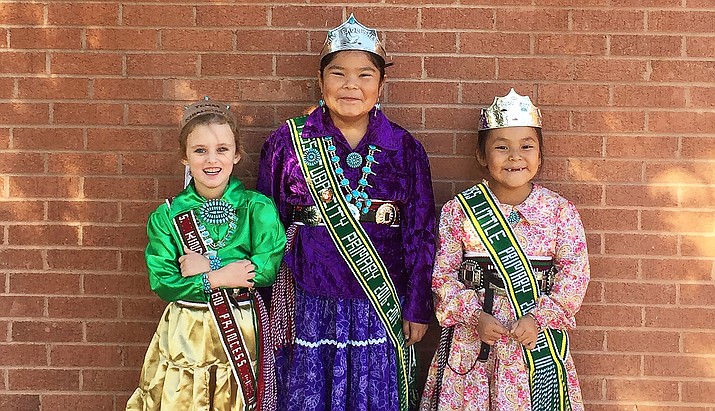 These special princesses must exhibit good grades, kindness, knowledge of traditions and must set positive role-modeling citizenship example during their reign as a school princess.

This year, Tuba City Primary was especially pleased to announce their winners in the kindergarten and lower and upper elementary contests.

“My Nanmaw is here visiting right now and I love being with her,” Elliot said. “I live in Tuba City with my mom who is a nurse at the hospital and my dad who is a third grade teacher at the Primary. I have a dog named Tyde, he was a present for my birthday and I just became a new big sister. My new sister’s name is Kendyl Rose and she was born during the week of the Tuba City Fair. I’m so very proud to be the kindergarten Princess.”

“When I grow up, I would like to be either an obstetrician or a pediatrician so I can work with babies and moms,” Bilagody said. “I really like to paint, read and help my mom bake. I enjoy speaking Navajo so I can talk with my grandparents. I am really happy if I can help others in my classroom learn how to also speak Navajo to their families.”

Alyssa Bennett was crowned the Little Miss Tuba City Primary for 2016-17. She is in Ms. Yazzie’s first grade class. Her parents are Alicia and Daniel Meyers. Princess Bennett likes to sing, read and watch over her new baby sister.

Princess Bennett says she is very happy to be the new Miss Tuba City Primary.