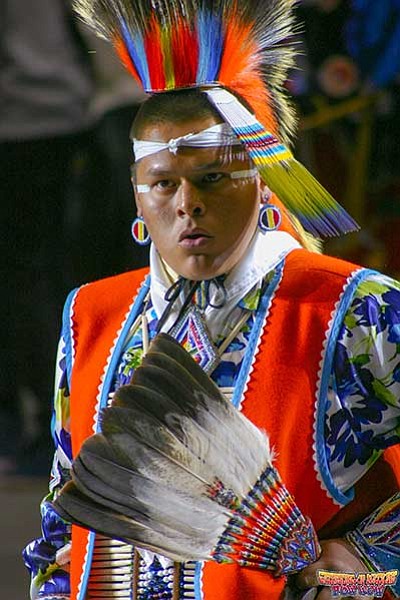 Darian Adakai, from Flagstaff, Arizona, was the Head Young Man Dancer at this year’s Gathering of Nations April 28-30. Submitted photo

ALBUQUERQUE, N.M. - Darian Adakai, from Flagstaff, Arizona, was the Head Young Man Dancer for the 33rd annual Gathering of Nations in Albuquerque, the world's largest gathering of Native American and indigenous people, which took place April 28-30.

The Gathering of Nations is considered the most prominent Native American powwow in North America. It played host to tens of thousands of people and more than 700 tribes from throughout the U.S., Canada and around the world celebrating their culture and traditions through traditional Native American dance, music, arts, crafts and food.

The powwow is held at the WisePies Arena, "The Pit" in Albuquerque.

"I am honored to be the Head Young Man Dancer to represent my family and community at the Gathering of Nations," Adakai said before the event. "I am also looking forward to the great drums, singing and dancing that will be at the powwow."

The head man and head lady dancers are chosen to represent all dancers at the powwow. They are selected for the position based on their knowledge of traditions, their outstanding dancing experience and notoriety on the powwow circuit. The head dancers lead the Grand Entry of all dancers into the area during the powwow.

Head young man and young lady dancers have many of the same responsibilities. The man and woman chosen have danced since they were infants and serve as role models for other young dancers in competitions.

Derek Mathews, founder of the Gathering of Nations, said the gathering was proud to announce Adakai as this year's head man dancer.

"The head dancers are role model for their tribes and the Gathering of Nations and serve as educators of Native American culture."