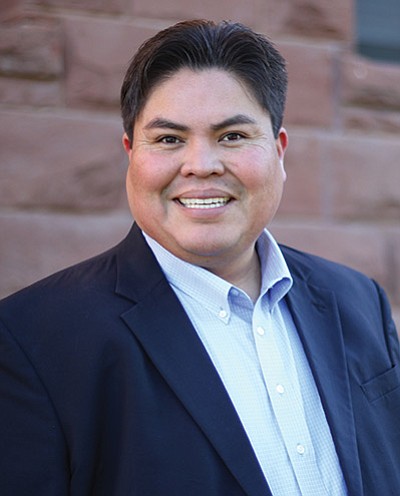 Shirley A. Peaches and Isabel Britton continue as members of NACA's board.

In a press release, Butler said he was humbled by the new role and appreciated the tire less work of former president, Kenneth Sheffield, and all previous board presidents before him.

"We have our sleeves rolled up and we are ready to get to work," Butler said.

Butler, who served on the Navajo Nation Council from 2011-2015 on the Health Education and Human Service Committee, said that he is a policy analyst who loves policy development and policy review, both of which will help him in his new job. He was also a program manager and director.

"The secret to any well-run organization is the backbone of well-written policies and procedures," Butler said.

Like other organizations, Butler said that NACA board leadership has to work hand in hand with the organization's CEO. NACA's interim CEO is Dr. Curtis Randolph who is also the clinical director of behavioral health.

Butler said that NACA has an established mission and vision statement, which must be reinforced, while strengthening compliance and relations with funding sources, improving record keeping, increasing outreach and public relations and encouraging a work environment that is productive and welcoming.

"This relationship must be strong and it must promote communication," he said. "Overall, we must work to improve the quality of services to NACA's constituency."

NACA prides itself on providing healthcare that empowers and advocates for Native people and others based on harmony, respect and indigenous values. Butler believes that model works and its programs are appropriate for the population it serves.

"Strengthening this model will take a lot of work by the board and the leadership team," Butler said. "It will be a team effort from all of NACA's employees and the population it serves. Communication and team work is key."

Butler has a background in public relations and has worked as a public relations executive for nearly 15 years running his company Sandstone Public Relations headquartered in Flagstaff. He has also served in various professional capacities as a policy maker, as a journalist, and as an advisor to tribal, state and federal elected leaders.

NACA was established in 1971 and has been providing health and human services to the urban Native American population, specifically to low-income and other at-risk families, and to individuals and families that suffer from health and socio-economic disparities at rates disproportionate to the general population.