Letter to the editor: Leadership, not money, needed at Navajo Grant Schools 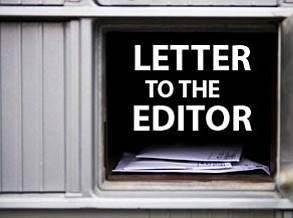 For decades, Navajo Grant School Board members, members of the Dineh Nation Education Committee and the president and vice president have been saying, "We do not have enough education funds to improve our schools and increase student achievement." The Republican establishment, who control the state legislature in Arizona and the Congress, and its supporters have replied, "You cannot improve student performance by throwing more money at education."

Navajo Grant Schools have been trying this for decades. According to records maintained by the School Improvement Unit at the Albuquerque office, the Bureau of Indian Education has been funding Navajo Grant School at a rate that is gigantically higher than state public schools, charter schools, including most private school around the country. There are Government Accounting Office (GAO) study result that report millions of these dollars being misspent and mismanaged by Grant School Boards, but as demonstrated it is of no concern to our Navajo elected leaders.

Navajo Grant Schools spent as much as $21,717 per pupil - more money per pupil, on a cost of living adjusted basis, than any other of the largest districts in the country. Arizona public schools spend an average of $7,666 per student and New Mexico spends approximately $10,203 per student. According to these GAO reports, some of the funds are being spent on school board travel to locations only people with lavish bank accounts can afford, investment accounts in off-shore locations that are questionable and high stipends paid to board members to attend board meetings and travel to meet with council delegates to lobby against anything that might require the board members to be more accountable.

Unfortunately, student achievement results in these schools have been dismal. Test scores did not rise, the Navajo non-Navajo achievement gaps did not diminish, and there were fewer Grant Schools getting better. So, where is all the money being spent?

This sad situation suggests that, real educational problems can't be solved by throwing money at them. And that the leadership problems of our current BIE funded schools, especially Grant Schools, are in need of major repair. The attention on "need more funds" diverted attention from the real problem, low achievement caused by school board irresponsibility and most important, failing to acknowledge the extent of the problem(s) on the part of the Education Committee and the president and vice president.