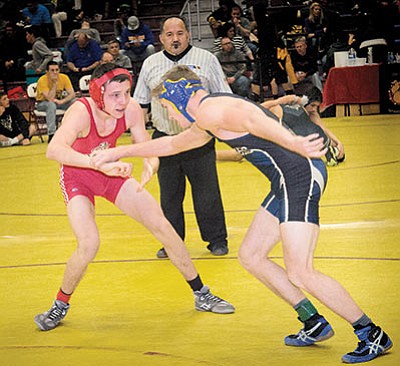 WINSLOW, Ariz. - Morenci, a small Arizona school, won the Winslow Doc Wright Wrestling Tournament Jan. 15 and 16. A total of 37 schools competed in the tournament, including a number from out of state. Morenci had 210.5 points with Basha, a much larger school, earning 166 points for second place.