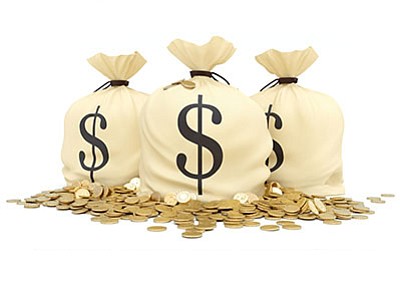 The legislation will go before the Navajo Nation Council for consideration.

Council Delegate Walter Phelps ,(Cameron, Coalmine Canyon, Leupp, Tolani Lake, Tsidi To ii), said the money would help current residents who are living in dilapidated housing units as a result of the 1966 construction freeze placed on 1.9 million-acres of land by the federal government because of land ownership disputes.

"Once final approvals are completed the funds will be of direct benefit to those needing much needed home improvement or replacement within former Bennett Freeze area communities," Phelps said. "My appreciation goes to my colleagues for their enthusiastic support."

The Navajo Nation Council has identified the rehabilitation of the former Bennett Freeze area as a top priority for the Navajo Nation, as stated in the "One Nation, One Voice" agreement that outlines nine priorities for the three-branches of government.

According to the legislation, if the council and president approve the money, the Navajo Nation Division of Community Development will administer the money for items like building materials, repairs and maintenance and others.

Naabik'iyátí' Committee members approved Legislation No. 0014-16 with a vote of 12-0. The legislation was previously approved by the Resources and Development Committee and the Budget and Finance Committee.

The Naabik'iyátí' Committee also approved a separate piece of legislation sponsored by Phelps that authorizes the Navajo Nation to submit an application to the U.S. Department of Agriculture to have the Navajo Nation designated a "Promise Zone."

The Obama Administration announced the Promise Zones Initiative in 2013 to partner with high-poverty communities across the country to create jobs, increase economic security, expand educational opportunities, increase access to quality/affordable housing and improve public safety. Since the initiative began, a total of 13 locations have received the Promise Zone designation, including one tribe. The Navajo Nation submitted an application last year but was a runner-up, according to Phelps.

This year, Phelps explained that Navajo Technical University is the lead agent for the Navajo Nation, adding that NTU has been working diligently with several entities to complete the application.

"The significance of a Navajo Nation Promise Zone designation is substantial. It will serve as a means to improve the socio-economic quality of our Nation over a period of 10 years," Phelps said.

If selected, the Navajo Nation would not receive direct financial benefits, but would have increased access to federal assistance through an assigned federal liaison to assist with navigating federal programs. Additionally, the Nation would receive preference for certain federal programs, technical assistance from certain agencies, and potential tax incentives for a ten-year period.