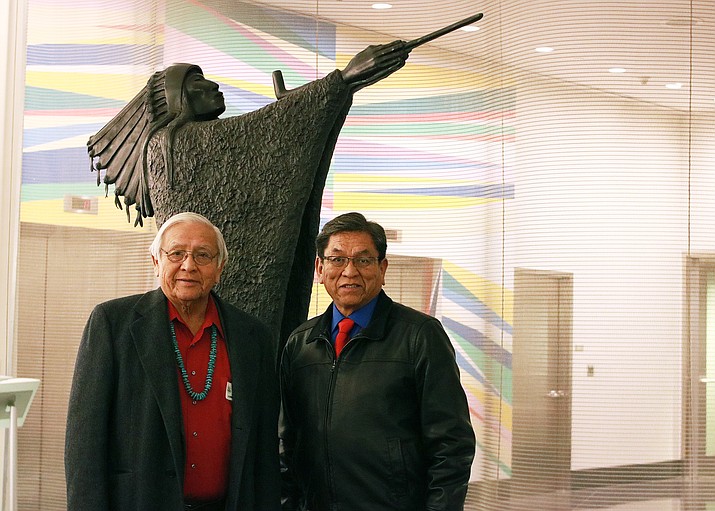 The purpose of the consultation was to formulate and clarify elements that would enable the participation of Indigenous Governing Institutions at the UN.

In preparation for the UN Consultation, Begaye met with the United States delegation to convey what the Navajo Nation seeks in participation.

The president said the Navajo Nation is requesting a seat at the UN to participate in any discussion that impacts the Nation. The Nation will continue to pursue input through the UN on issues that impact water rights, natural resources and legal jurisdiction, among many other areas, Begaye said.

“We can no longer be an isolated nation within the U.S.,” Begaye said. “We need to have our voices heard on a global level to affect change through international law that impacts indigenous peoples all over the world.”

Many indigenous representatives advocated for their participation in all General Assembly (GA) meetings as well as meetings of the Human Rights Council, the Economic and Social Council, UN Programs and Treaty monitoring bodies.

Advisor to the president of the GA, James Anaya told the gathered members and advisors that indigenous voices need to be heard at the UN level.

“This discussion addresses the effectiveness of participation,” he said. “We hope a presentation will be finalized at the GA.”

In considering the Modalities of Indigenous People’s Participation, many pushed for the right to speak at all formal meetings of the GA, closed meetings of the GA affecting indigenous peoples, conferences convened by the GA and all subsidiary bodies.

Discussion on the modality of participation also focused on indigenous people’s ability to make written statements and representation in all the aforementioned meetings and conferences.

Zah told UN Advisors that the Navajo Nation has been involved proactively with the United Nations over the past two decades and has contributed to the process of helping the representatives.

“The Navajo Nation made it clear that it believes that having sovereign tribal governments participate as sovereign governments in the UN on a permanent and regular basis is paramount,” he said.

The second day of consultation will address mechanisms of recognition selection of indigenous entities eligible for enhanced participation and the criteria for accreditation.