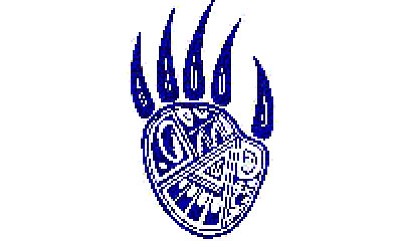 Hopi Jr./Sr. High School teachers and staff returned for a week of in-service training after cleaning house on administrators and losing several teachers after a couple years of turmoil. File photo

POLACCA, Ariz. - Positivity. That was the word as Hopi Jr./Sr. High School teachers and staff returned for a week of in-service training after cleaning house on administrators and losing several teachers after a couple years of turmoil.

Lucille Sidney is serving as junior high lead teacher. The rest of the administrative team includes Michael Adams as director of psychological services, Lenora Shirley as special education director and Eric Greer as activities director and dean of boys.

Naha informed the staff that the school is in corrective action after failing to meet adequate yearly progress for several years. He said in order to be successful everyone has to be involved. He said the issue is personal to him since he has three children attending the school.

"A lot is at stake, but our own people can control our destiny," he said. "I have 100 percent faith in all of you."

Naha said for the past year that there has been a dark cloud over the school, but if everybody is positive the school can see improvement. He said he has an open door policy and wants to hear ideas for improvement from the staff.

Sidney, who has taught at Hopi High School for several years, said she saw rain and a rainbow the day before the staff arrived for training.

'I'm going to go to my Irish side and tell you the pot of gold is right here," she said.

Sidney urged the teachers to invest in their students the way geography teacher Gerald Flud invested in her.

'He put time into me so I could be where I am today," she said.

Sidney recently went before the Hopi Tribal Council to talk about the status of Hopi Jr/Sr High School and was asked where the school pride is.

Sidney said she has spent 25 years at the school either as a student or teacher. She noted that many of the teachers and staff graduated from Hopi Jr./Sr. High School.

"Let's communicate. We have more communication now than in the last two or three years," she said. "We need to build on our strengths and give kids what they need."

Ivan Sidney, a school board member, said the school has many dedicated people. Sidney, who works for First Mesa Consolidated Villages (FMCV), said First Mesa gave the land where the school now sits, so on behalf of FMCV he welcomed the staff.

Sidney, who said he was not speaking on the board's behalf, said the board is not there to micromanage. He said that is why the school has administrators and that if staff have problems they should work with their supervisors.

Sidney, Lucille's father-in-law, said teachers must prepare students for their dreams of having good homes and good jobs.

Sidney said he has seen the test scores from the past two or three years and he's not happy.

"We can't have an outsider make the changes. We need to do it ourselves," he said.

Sidney said some students come to school intoxicated or on drugs.

"Is it not the parents' responsibility to have students sober and ready to learn?" he asked.

He said if students are walking off the bus with alcohol then the parents must not be seeing them.

On the other hand, he praised the school's facility department and the entire staff for keeping the school in great shape. He said visitors to the school think it's about two years old when it was built back in the 1980s.

Naha reviewed the corrective action starting with a report that then Superintendent Gregory Sackos issued in December 2015. Naha said some of the report was true and some lacked fidelity. The report stated that the school needs to use its best practices to regain adequate yearly progress.

One of the choices that the school was given was to increase learning time for students and staff. One way the Sackos plan did this was to reduce the transition time between classes by a few minutes. Believing something more is needed the new administration is expanding the time for classes and the school day.

The corrective action plan gave Hopi Jr./Sr. High School the choices of implementing a curriculum to state standards and assessments; replacing the principal; and/or restructuring the organizational structure of the school.

Naha said the administration knows they need to be in the classroom helping teachers. He said it's not just about disciplining students, but about changing student attitudes.

"We're short-handed on the administrative side, but we're committed to being there," he said.

Naha said the choices given in the report are replacing school staff, reopening as a public charter school, contracting with a private corporation to run the school, operating as a Bureau of Indian Education school or have a major restructuring of the school. He said this decision will be up to administrators, school board, parents and staff.

Naha said the Arizona Merit test scores came in June 6 and the results are not good. The school improved in only three of 10 areas, but the scores were low across the board in language arts and math.

Naha said teachers and administrators should be asking what they could have done different to improve test scores.

Romalita Laban, a school board member, told the staff that it was a privilege to be among them. She said that something has to change as community members are concerned about the school, school board and administration. She said one of her sons is attending the school.

Laban told the crowd that she was touched by a recent ESPN report about Hopi High School's 26 straight state cross country championships.

"I was motivated and touched by it," she said about the report.

Two of the students on the report talked about how their lives were impacted by alcoholism.

"That is part of what our students face," she said. "The majority of our kids come from those environments."

Laban said she has buried at least two family members during the past several months. She said the students come to school with these challenges. She said it isn't just drugs and alcohol as some of these families also face domestic violence and other traumas. She asked what the staff can do to ensure that students flourish.

Laban said seeing the test scores scared her, but it makes her want to do something better for the kids.