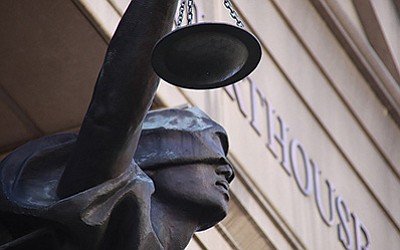 KYKOTSMOVI, Ariz. - An appointee by the court recently issued a parallel ruling to accelerate judicial review of both the Hopi Tribe and Navajo Nation water rights claims in the Little Colorado River General Stream Adjudication.

Special Master Susan Ward Harris was appointed by the court hearing the case to preside over aspects of the case, which will determine water rights to the Little Colorado River Basin water resources.

In orders issued on April 13 and April 14, Harris set July 7, 2016 as the date for the Hopi Tribe to update its claims concerning the Hopi Industrial Park and Hopi Ranches, including the Aja, Clear Creek, 26 Bar, Hart and Drye ranches.

Hopi Tribal Chairman Herman G. Honanie, in response to the orders, discussed the Hopi Tribe's commitment to obtaining sufficient water to meet all of the needs of its homeland.

"The Hopi Tribal Council continues to be very focused on securing an adequate supply of good quality water for the Hopi Tribe, as water is essential to our future as a sovereign Nation," he said. "Good quality water is becoming less and less available in northern Arizona due to rapidly rising rates of use and drought conditions."

Gov. Doug Ducey, Sens. John McCain and Jeff Flake met with Navajo and Hopi Tribal leadership at the beginning of April for a discussion about Little Colorado water rights issues.

"We live in a thirsty land," Begaye said. "We cannot provide economic development for our people without a reliable water supply."

"Water is life for both tribes," he said.

The state parties have pledged their cooperation to develop a settlement.

"Water is the defining issue for the future of our state," McCain said. "We cannot have a predictable future without completing the Indian water settlements."

"A water settlement for the Little Colorado River is a high strategic priority for Arizona," he said.

Both McCain and Flake agreed to introduce federal legislation to implement a water settlement if the parties reach agreement.

Significantly, Navajo and Hopi leaders pledged to cooperate to present a unified position.

"We are two Nations, one voice," Honanie said.

"Both tribes are prepared to move forward to discuss settlement," Begaye said.

"Settlement for the Little Colorado is a high priority for the 23rd Navajo Nation Council," he said.

Council Delegate Alton Joe Shepherd said the process would not be easy.

"But we have learned from the previous attempt," he said. "Settlements are about compromise, but it needs to be done. Water rights is a priority of the Navajo Nation Council."

To secure water for the Hopi Reservation's present and future needs, the Hopi Tribe claims water from all available sources in the basin, and dates it priority over these resources to the beginning of time.

Hopi Tribal Council Vice Chairman Alfred Lomahquahu, a participant in the historic meetings between the two tribes, views the talks as an important opportunity to find common ground.

"Both the Hopi Tribe and the Navajo Nation have interests in securing water to preserve their traditional ways of life as well as for future economic growth," he said. "It makes sense to explore ways the tribes can work together to strengthen our position on our water rights."

The case is ongoing.