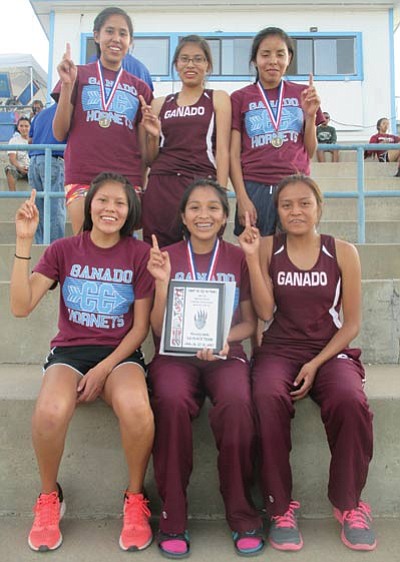 Daangoiina Haven from Ganado was the individual girls champion with a time of 21:34.5. The rest of the top five for the Ganado champions were Janaya McIntosh, fifth; Shamiqua Nez, eighth; Camille Uentille, 11th; and Liolya Thompson, 15th.

Greyhills did not have enough runners for a team score, but Danah Smith placed second with a time of 22:21.8.

Tuba City won the boys race with 61 points, Page came in a close second with 69 points, Pinon took third with a 112 points, Ganado finished fourth with a 117 and Coconino finished fifth with 127 points.

Pinon's Adriano Joe was the individual boy's champ with a time of 17:12.5.