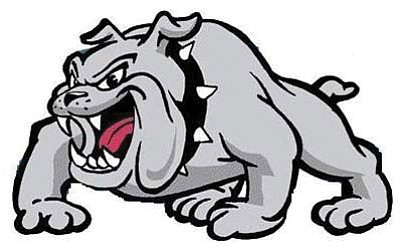 WINSLOW, Ariz. - The Winslow High School Lady Bulldogs softball team saw its season end with a 4-3 loss to the Payson Lady Longhorns in the semifinals of the Arizona State Division III Softball Tournament at Rose Mofford Complex in Phoenix May 9.

Payson took a 35-1 record into the championship game on May 11. Winslow finished the season with an excellent 25-7 record. The game started late due to some questions about the legality of bats and other equipment.

Payson had a serious threat in the bottom of the first inning but Winslow got out without giving up a run.

Aubriella Paulson reached second on an error to open the bottom of the first inning but after she was sacrificed to third was cut down at the plate. Arissa Paulson doubled but was stranded as Winslow's Richelyn Villanueva got out of the jam.

The Lady Bulldogs took a 1-0 lead in the top of the second inning on a long home run by Tara Wilson.

Payson tied the game in the bottom of the fifth inning when Becky Bauer singled, went to second on a wild pitch, was sacrificed to third and scored on a single by Karlie Smith.

Winslow took a 3-1 lead in the top of the sixth inning when Gabrielle Gonzales singled, Villanueva walked, Alyssa Smith sacrificed them to second and third and Hailie Branson singed them both home.

Paulson homered in the bottom of the sixth inning to cut Winslow's lead to 3-2. It was her third hit in as many trips to the plate. One of her other hits was a double.

Payson got singles from Payton Peterson and Bauer to start the bottom of the seventh inning. The Lady Longhorns tied the game on a sacrifice fly by Janet Johnson. The game went into extra innings.

Paulson led off the bottom of the eighth inning with her second home run of the game to win the contest for the Lady Longhorns 4-3. She was the winning pitcher having worked the full eight innings giving up three runs on eight hits and one walk. She struck out 15 Lady Bulldogs. She also led the Lady Longhorns at the plate with four hits in as many trips to the plate including two home runs and a double. Peterson and Bauer were both one for three for the Lady Longhorns.

Villanueva pitched well for Winslow giving up just four runs on nine hits and one walk. She fanned just one Lady Longhorn. Wilson led Winslow at the plate with a two for three day including a home run. Gonzales and Branson were two for four. Elizabeth Lozano, Villanueva and Alicia O'Haco were one for three.