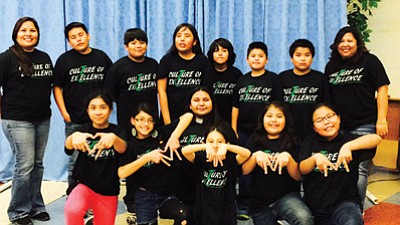 "This was a great experience for all of our students," ENIS teacher Sophia Begody said. "They did say they felt their first test was really tough because they were nervous and not sure what to expect. Their last test which was the team test, they were all tested in their own grade level. They spent a lot of time defending their answers with good solid evidence, which I thought was just awesome. I'm so proud of all of them."

Begody also wanted to thank her co-teacher and co-sponsor Myleene Ruiz as well.

"It was great to do team teaching in preparation for the students to get to the regional competition in Prescott," she said. "Ms. Ruiz was right there with me getting the kids ready. She was an excellent partner."