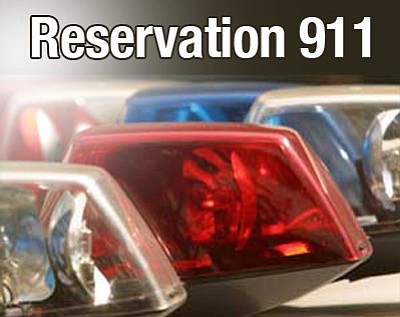 WINDOW ROCK, Ariz. - A Navajo police officer was shot and killed March 19 after responding to a domestic violence call.

John Billison, director of Navajo Nation Division of Public Safety, provided only basic details and said the case is under investigation.

Around 4 p.m. on March 19, Navajo Police received reports of an armed man holding his family hostage with an AR-15 assault rifle. An officer responded to the domestic violence call and was fired upon by the suspect, who then fled the scene.

Other police officers responded to the manhunt from the Window Rock and Crownpoint police districts.

Around 10:30 p.m. that night, officials received word that the suspect was shot to death in Red Valley, Ariz.

The suspect shot two Navajo Police officers and one officer died at the scene. The other officer is at Shiprock Medical Center.

No names or further details available at this time.

Reports of a shooting first came into Navajo Nation President Ben Shelly via phone, as he attended the N.M. House of Representatives session for the passage of Senate Joint Resolution 19.

"We send our condolences to the family of the Navajo Police officer who gave his life in the line of duty tonight," Shelly said. "The family will be in our prayers."