Navajo Nation Presidential election set for April 21
Joe Shirley Jr. and Russell Begaye to vie for office of president, six Board of Election supervisors positions up for grabs 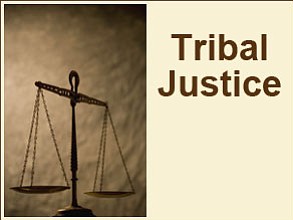 The general election will also fill six positions for the Navajo Nation Board of Election Supervisors (NBOES). The chief justice held the board members in contempt of court for refusing to remove Chris Deschene from the ballot and replace his name with third place primary finisher Russell Begaye.

"The election for these vacancies shall be held in conjunction with the presidential election," said Edison Wauneka, executive director for the Navajo Nation Election Administration (NEA). He explained that the April date was the earliest an election could take place and still meet the filing and certification requirements for the vacant board positions.

Wauneka added that his office was unable to move forward with the election prior to the Supreme Court's ruling Feb. 20.

The Supreme Court ordered the NEA Feb. 20 to put on an immediate general election at the same time that they invalidated two council resolutions from December that called for a special primary and general election to be held in June and August with all 17 primary finishers, including Deschene who was ultimately disqualified for failing to answer questions in Navajo before the Office of Hearings and Appeals. The resolution also called for a pardon for the election supervisors who were held in contempt.

The NEA also issued a notice Feb. 23 to inform the public of filing extensions for three of the vacant NBOES positions for the Chinle Agency, Eastern Agency and the Western Agency. The filing period for the three positions closes on March 9 at 5 p.m. Candidate applications may be filed at the agency sub-offices of the NEA.

The election timeline is:

• May 4: certification of election results; and

• May 12: oath of office for the Office of the President and Vice President.

Bates said the council has the absolute right to introduce legislation, especially when it feels a large number of people have been disenfranchised.