Another auction of Hopi sacred objects set for this week 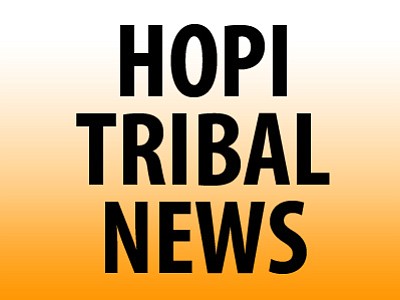 Herman G. Honanie, chairman of the Hopi Tribe Council, Fred S. Vallo, Sr., governor of the Pueblo of Acoma, and the Holocaust Art Restitution Project ( HARP), based in Washington, DC and chaired by Ori Z. Soltes, jointly announcing the filing of an action before the French "Conseil des Ventes" (Board of Auction Sales), an administrative body in charge of regulating and supervising auction sales in France, requesting the suspension of an auction sale of Hopi and Acoma sacred objects.

"The Conseil des Ventes has the power to suspend this sale on several grounds. These objects cannot be sold or disposed of for legal, cultural and moral reasons, period. We will file all relevant actions to preserve the Acoma and the Hopi rights before French jurisdictions," Soltes said.

The objects are protected by criminal provisions of the Native American Graves Protection and Repatriation Act (NAGPRA), the Bald and Golden Eagle Protection Act, the Endangered Species Act and traditional Federal embezzlement statutes.

"We need to bring all our Katsina Friends home to their rightful place on the Hopi lands," Honanie said. "Hopi is absolute in its stance that these auctions must cease. We call on all local, state and federal agencies to aid our efforts in recovering our sacred Katsina Friends. They belong on Hopi and must be returned."

Vallo said Acoma stands with the Hopi Tribe to take all action necessary to stop the illegal sale of its cultural patrimony.

"Acoma calls upon the governments of the United States and the Republic of France to work together to stop this practice," he said.

The Hopi Tribe is a federally recognized tribe of American Indians who live in northeastern Arizona. The Hopi Tribe remains one of the most religiously traditional tribes within the United States. The Acoma Pueblo Tribe is a federally recognized tribe located west of Albuquerque, New Mexico. The Acoma Pueblo Tribe is one of the oldest tribal communities in the United States with traditions dating back more than two thousand years.

Similarly, Katsina Friends fall under NAGPRA's definition of cultural patrimony. Katsina Friends have ongoing historical tradition and cultural importance central to the Hopi Tribe. They are not property owned by an individual. All Hopis initiated into the Katsina society become caretakers. The Katsina priests and Katsina clan leaders hold spiritual stewardship over all the Katsina Friends. The Hopi Tribe considers Katsina objects as inalienable.

HARP is a not-for-profit group based in Washington, DC, dedicated to the identification and restitution of looted artworks. HARP has worked for 16 years on the restitution of artworks looted by the Nazi regime.