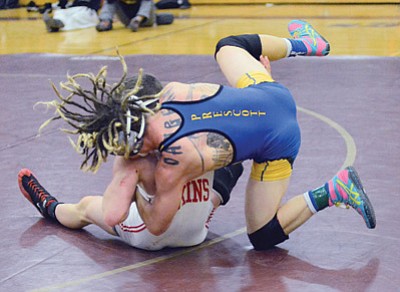 With 38 teams competing over the course of two days, the event organizers had a daunting task, staffing the wrestling competition with referees, scorers, data keepers, announcers and medical aids and providing space for spectators. Two of the most visible directors of the event were Jeffery Hartman and Justin Hartman, who appeared to be at all areas of the event at any given time. Hartman is the athletic director at Winslow High School and Hartman is a BNSF employee in Winslow.

In addition to hospitality, Winslow High School has illuminated state-of-the-art digital scoring boxes. These compact digital boxes are above each scoring table. The digital boxes are visually non-obstructive and allow for viewing real-time scoring on each mat from any angle. The digital wrestling scoring devices were in large part, donated to the high school by local individuals and organizations. This is one of the many ways the generosity of Winslow residents benefits everyone.