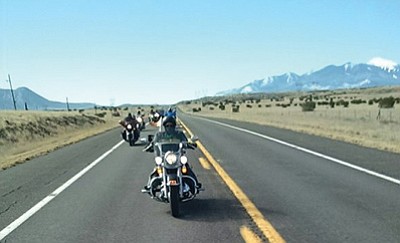 Chimerica was a Tuba City Warrior graduate of Tuba City High School in 1992. He was raised in the Upper Village of Moencopi. He enlisted right out of high school and went on to serve as a combat corpsman (medic) in the Navy. He was 42 years old.

He spent thirteen years serving his country and was given full burial honors in Flagstaff where he served as the Post Commander of American Legion Post No. 3, the only Native American and only enrolled Hopi member ever to do so in Flagstaff.

Chimerica's father, Paul Chimerica Jr. was the first in his family to graduate from Arizona State University and Northern Arizona University. He taught math at Tuba City District's Junior High and encouraged his son "to go on to school, then come back home and make a difference for our tribal people."

Chimerica was noted in northern Arizona for his counseling skill with post traumatic stress disorder (PTSD), a serious and sometimes fatal condition that he readily admitted he also suffered from.

The Honor Riders have escorted numerous veterans in the past 15 years from all tribes in Arizona and New Mexico after they returned home from their tour of duty or in a final funeral procession to their original Navajo chapter or Hopi village area for burial. The Navajo Hopi Honors Riders number more than 300.

The Navajo Hopi Honor Rider conduct their escort service free of charge as a way to give final honor to tribal members who have given their lives in the service of their country. The organization is made up of Navajo and Hopi tribal members.

Family and community members in Tuba City and Moencopi stood in appreciation and reverence for Chimerica's dedicated service on Highway 160 and Highway 264 roadside corners with American flags as he was escorted through Tuba City.