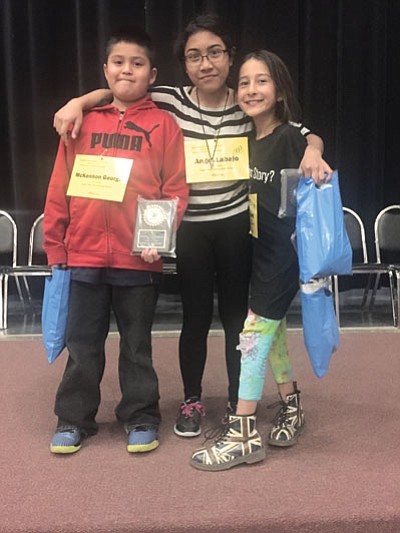 The Western Regional Spelling Bee tests the spelling ability of students from all the northern Arizona reservation area schools. The competition is stiff and teachers are tasked with working with their students to get them ready for competition day.

Eagles Nest Intermediate School has consistently turned out championship spellers in the Western Regional competition and this year was no different.

George, Song and Labajo will represent the Tuba City School District at the spelling competition in Kayenta, Arizona at Monument Valley High School.